They tell us not to judge a book by its cover, and yet we do. At the same time we actively promote the idea that our facial and body features can directly betray elements of our personality and character. One example of this is that our eyes can tell us something about our personality, both their colour and their appearance – they are after all the ‘window to the soul’.

But could such a concept genuinely have any scientific credence? Well interestingly there is some evidence to suggest that it could and correlations have been found between various aspects of our features and our personality (though the correlations are minor and far from conclusive). Of course with such findings many explanations have been developed as to why this might be. Of course it could be a result of genetics, that somehow there is a link between our eye colour and another element of our genetic makeup that affects personality. There are many seemingly random connections in our body, so if our arm span can accurately predict our height, maybe our eye colour can predict our behaviour? 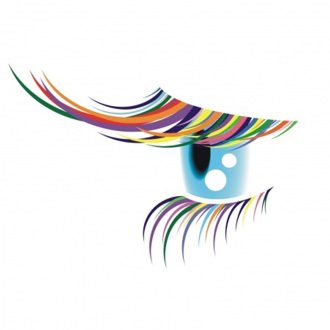 A more likely explanation is that this is a self-fulfilling prophecy. That is to say that our appearance creates certain expectations regarding our behaviour and that affects how other people act towards us, and how we see ourselves as a result. In this sense then it could be that our eye colour comes first and then dictates our behaviour to a degree. Alternatively it could even be that our eye colour affects or is correlated with the way we see and that this somehow affects behaviour, though this seems to be perhaps the less likely explanation.

Regardless of the reason however, we all hold stereotypes about eye colours and there are certain studies to suggest these and other things may be true. Here we’ll look at what your eye colour might mean about you and where this belief comes from.

Blue eyes are highly common despite being a recessive gene. At the same time they vary greatly from a ‘piercing’ blue, to a softer more gentle blue. This eye colour is thought to be very desirable and alluring and is also associated with youthfulness (possibly due to the term ‘baby blue’) and with this comes playfulness and innocence. Piercing blue eyes are thought to be very sexy and striking (think Superman), while the lighter colours are thought to be more mesmerising and calm. Interestingly though, studies have correlated blue eyes (along with blonde hair) with a slightly lower confidence and self esteem and lower levels of aggression. Intriguingly recent research also suggests that all blue eyed people have a single common ancestor from 16,000 years ago when the very first mutation took place. Before this, we were all thought to have had brown eyes. The same is likely then to be true of green and hazel eyed people.

Brown eyes are considered soft, gentle and trustworthy. While many people find the colour ‘plain’ and less desirable than something less common, they inspire faith and a sense of loyalty – possibly associated with the big brown eyes of dogs. As such they are often thought of as ‘puppy dog’ eyes and the darker they are the better. Interestingly, while blue eyes were shown to be the least confident, brown eyes were more associated with self confidence, drive and determination.

Green eyes are far less common than blue or brown and perhaps for this reason they are considered to be more ‘mysterious’. Many magical characters in comics and films are portrayed as having green eyes and this is also perhaps due to their piercing and stand-out nature. They are also very feline and show up well in the dark which adds to this sense of the ‘magical’. They are also associated with the fiery red-head as the two often go together and so are thought of as having a high energy level and a high sex drive. In one study of the eye colours of fish, those with green eyes were found to attack those with eyes of the other colours.

Hazel eyes are another slightly rare eye colour which changes between green and brown depending on the light and some say on your mood. In some lights they can even look slightly ‘golden’ as the green and brown create an almost yellow. This changeability is often associated with fun and spontaneity and the element of green is thought to show a mischievous side. Due to the light shade of brown it is also considered a very approachable colour.

Grey eyes are really a very soft form of blue and so many of the same rules apply. Here though the eyes will be associated with age (grey being a colour that is often associated with age due to the way our hair greys as we get older) and a gentleness. You will thus be portrayed as wise and gentle individual, which may ring partly true with this being the lightest colour and so statistically the least aggressive.