Caffeine is a stimulant that makes us think more quickly and enhances memory while staving off tiredness and sluggishness. This makes it crucial for any and all office workers who can’t face the prospect of getting up in the morning without some coffee to keep them going, and means that empires have been built on the humble coffee bean.

In fact in WW2 American troops greatly relied on caffeine to keep going which is how the Americano blend was invented and where the term ‘cup of Joe’ comes from. It’s no wonder then that coffee beans – our number one source of caffeine – are the second most highly traded commodity after oil. 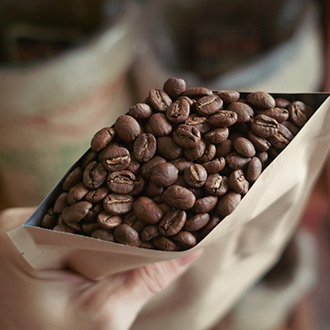 The question is though – how can a small bean have such amazing effects? Here we will take a look at how caffeine actually works.

How Caffeine Affects Our Body

In our brain there is a substance called ‘adenosine’ which will only work with specific adenosine receptors. Adenosine is responsible for the energy in our body. It connects to phosphates in order to become ‘adenosine triphosphate’ or ‘ATP’. ATP is the ‘energy currency of all life, and it is by breaking the bond between adenosine and its phosphates that our body releases usable energy.

When our adenosine bonds to the adenosine receptors in our brain then, that means there is none free in the brain and means that we have no energy from our brain and we therefore get tired.

At the same time caffeine has another effect in that this action causes the pituitary gland to think there is an emergency and to therefore produce more adrenaline from the adrenal glands. Adrenaline is the hormone that is produced by our bodies as a result to threats and stressors. For example if you saw a lion in the wild – you would start producing more adrenaline. Likewise today if your boss starts shouting at you that results in more adrenaline being produced. This is called the fight or flight response and it means our metabolism speeds up which enables us to run faster and pump blood around the body faster. This gives us a spike in energy and performance then to deal with immediate problems, but also results in our body using up a lot of energy as it runs on overdrive and eventually crashing out.

The pituitary glands also release dopamine. This is another chemical that has a lot of what we consider to be positive effects on the brain and the body. Dopamine is essential to the way that the brain regulates our movements. Without it we can’t move at all, but with excessive amounts we will find that we twitch a lot and bob around. Restless leg syndrome and constant fidgeting can be considered signs of having too much dopamine in our body. This is why we get twitchy after drinking large amounts of caffeine. Too much of it will also cause the heart to fluctuate which can be dangerous if you have a weak heart or you have it in large excesses.

Dopamine is also a neurotransmitter meaning that it is crucial for transferring information across synapses in the brain so that various brain areas can communicate with one another. This is highly important for memory, problem solving and motivation, and is why we can use caffeine when we are studying.

Finally dopamine is also used in making us feel reward and is one of our brain’s ‘feel good chemicals’ that it uses to motivate us. Dopamine is released naturally as a reward for eating food and having sex and without dopamine we feel a lack of motivation and enjoyment – while high amounts of dopamine can leave us feeling highly optimistic and motivated and give us more enjoyment out of life. This is one reason that caffeine is also highly addictive.