Whether or not you are trying to get pregnant, the question on everyone’s mind is “How early can you take a pregnancy test?” For those couples looking to have a baby, the excitement alone is more than they can bear while waiting each month to see if they are pregnant. Then again, there are other times when a woman indulges in a sexual relationship without protection and is concerned that she may have gotten pregnant. In both situations there is a great deal of anxiety until they know for sure whether or not they have conceived. Although the answer should be simple, there are several factors involved that make a difference on how soon you would get a definitive answer on whether or not you are pregnant. 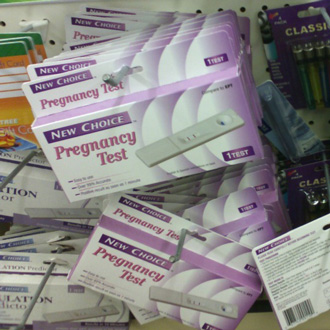 The first thing to understand is that not every woman ovulates at the same point during a monthly cycle. Some women drop eggs midway through the period while others ovulate early in the cycle and still others ovulate later. Unless you have been charting fertility and know exactly when you ovulated it is difficult to tell when the best chance for conception occurred. With that said, once the sperm penetrates the egg you have technically conceived. However, it takes another seven to ten days after that for the fertilized egg to become attached to the uterine wall. This is known as ‘implantation’ and until this happens there will be no way to test positive for pregnancy. Even then it will take some time for the body to begin producing the pregnancy hormone, human chorionic gonadotropin (hCG) which doubles every day after implantation.

The Long and Winding Road

Next it is essential to understand the journey sperm cells need to make prior to conception. There is still a good deal of misunderstanding about ovulation and getting pregnant. It can take as long as seven days for the male sperm cells to swim their way up to the fallopian tube to await the arrival of an egg. The misconception here is that you need to have sex on the day of ovulation. Unfortunately, if you wait until you ovulate it is already too late most of the time because the egg only lives up to three days if not fertilized while sperm cells live much longer if in a friendly environment. So, if you have sex when you ovulate and it takes sperm cells seven days to reach the egg, it’s too late, the egg is already dead. This means that you would need to have sex three to five days prior to ovulation for the best chances of success. (Success if you are trying to get pregnant!)

Putting all that together, it is clear that the earliest you can test for pregnancy would be at least seven days after ovulation – and that is if there are already sperm cells waiting to fertilize the egg that drops. Taking into consideration that the egg lives for three days, if sperm cells reach the egg on the third day then it would take at least ten days to get a positive result. Even then, it will take 24 to 48 hours for enough hCG to be produced to obtain a positive result when tested. It is not always enough to know when you had sex, it is actually more important to know where in your monthly cycle you ovulate. Actually, if your menstrual periods are regular, whether you ovulate early or late in the cycle, it is probably possible to test positive just prior to your next monthly cycle but some tests are more sensitive than others.

The next question after how early can you take a pregnancy test is always, “Which test is more accurate, a home pregnancy test or a blood test administered by a doctor?” Actually, with modern advances in medical science they are both quite reliable! The real difference is in when you are likely to get a positive. A blood test may yield results a few days earlier than a home pregnancy urine test because minute amounts of hCG are easier to detect in the blood stream than in the urine. While it may take up to 10 days post ovulation for a urine test to come back positive, a blood test may provide a positive result approximately 8 days post ovulation. What you need to consider here is the cost involved. A blood test at your doctor’s office, including the visit can be well over $100 to $150 at a minimum while you can purchase a home testing kit (midstream or in a cup) for less than $10 in many cases. Is it worth spending that extra money to see a doctor? That is something that is entirely up to you!

In the end, the answer to how soon you can take a pregnancy test rests in when it is that ovulation occurs. If you don’t know the answer to that vital question then you are ‘guesstimating’ when you could have conceived and the best answer would be to wait until just before your next menstrual period is due if you are that anxious. If your period is more than a couple days late then chances are you will get an accurate reading even with a home pregnancy test since the amount of time is sufficient for hCG levels to be high enough to measure. How soon can you take a pregnancy test? It all depends on when you ovulate!