For any mother to be the most frightening thing must be not being able to feel the baby move especially if there has been a lot of movement previously. When the feelings first start it may be hard to tell if it is actually the baby or just a fluttering in your stomach. If it is the baby this is called quickening and by the time you are having your second and subsequent children you will know what to expect, but when it happens for the first time with your first child it is something you will always remember. Very few mothers suffer painful or excessive movement, but it can be enough to give them a restless nights or a shock when it happens. The pluses far outweigh the negatives as this is something that can be shared with the father or a way that other children can be introduced to their new brother to sister. 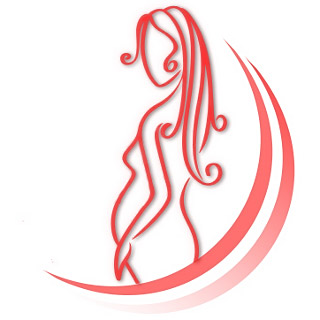 This will normally begin to happen around the 18-20 week stage, but there is not necessarily a problem if you do not feel anything until later. For future pregnancies this will happen somewhere around the 15 week stage and by then you will know what to expect. Just because you start to feel the baby at this stage it does not mean that they have been still up until then.

Their first movements will be at around the 8 week stage. They will not be strong enough to be felt and it will just be moving slowly and swaying to the side and by 9 weeks the limbs will move slowly and there will be mild hiccoughs. At 10 weeks they can move the head and lift the arms up and at 11 weeks your baby can yawn. None of this will be felt as they are still so small and have plenty of room to move around.

At the 14 week stage the eyes will open and close, and shortly after this you should start to feel them move. It is important to remember that the baby will not be moving all the time and just because there is a period of calm it does not mean that there is a problem.

Once you are 20 weeks pregnant the movements will be noticeable as the baby is becoming more active. This is when you will be thinking your child is going to be a footballer as the kicks will be strong and they will happen on a regular basis. For the next few weeks the movements will become more marked. As the baby’s hearing develops they will be able to hear sudden noises and are likely to react by moving suddenly. This will be a strange feeling as the shock they have will be turned into a shock for you as will not be expecting this sudden movement from them.

By 29 weeks the movements should be on a much more regular basis. They will also be more sharp and defined. The reason for this is that the baby is growing and no longer has as much room in the womb. They can no longer stretch or move around with the same amount of freedom that they have had in the past.

The amount of movement that the baby makes will hit its peak at around 32 weeks. As the baby will now fill your womb it won’t have the opportunity to move around as there is no longer enough room.

At 36 weeks this will be the time the baby moves completely for the final time. It is quite likely that they will turn completely and now the head is in the correct position for the birth. The stomach muscles will stop the baby moving down too early and it will stay here for the remaining 4 weeks. This is the case for a first child, but for future children the movements may still happen as the stomach muscles will not be as strong.

The final four weeks will mean fewer movements but the ones you do feel will be more pronounced as the baby will know how to do certain things. Many babies suck their thumbs and they may be moving the arm up and down as they suck and then return to the normal position. The head will also move as they maneuver themselves towards their thumb. By the time you are 40 weeks pregnant the baby will begin to move down towards your pelvis, and the main movements you feel will be the gentle descent down into this area.

At one time expectant mothers were told to keep a record of how many times the baby kicked throughout the day, but this is no longer encouraged. Different babies will kick more than others and many mothers would worry if their child seemed to be moving less than they expected. Add to this the fact that it is easy to forget to keep a record and therefore produce inaccurate figures which could lead to either a parent worrying unnecessarily or the worst case scenario not alerting them to problems that may be present. Nowadays it is more likely than not that you will be asked to keep a record of the pattern of movement and note any changes.

Not feeling the baby kick will be a worry for many mothers to be. This may happen for a number of reasons. The baby may kick but just not very forcefully so you do not feel it. It could even be the case that they are kicking normally, but you are busy with other things and do not notice how often it happens. The lack of movement could be completely dependent on the things that you are doing.

If you are very active the baby may have been rocked to sleep. They are the same in the womb as when they are first born and do not have the same sleeping patterns as us. They cannot tell when it is day or night, so if you stop what you are doing the gentle rocking may stop and they will wake up. A cold drink will also work wonders if it you really want to feel the baby move. As the cold reaches it, it will more than likely move out of the way. As some of the first movements you felt where the moves made when shocked or startled loud noise can again startle the baby and start off the movements again. If you are still worried, lie down on one side and wait for the kicks to start. As you are now totally focusing on the baby, it will be easier to pick up a movement.

Keeping on the Safe Side

Even if the baby does appear to have stopped moving or at least slowed down from the number of times it used to move, this still does not mean there is a major problem, but you are bound to be worried and it is at this stage that you should see a doctor. It could be that you need to change your diet if the one you are following is not providing the baby with all the nourishment it needs. If there is an issue with oxygen reaching the baby this may be due to problems with the placenta and for this you will need to seek medical care.