If you are dating a Pisces man you are in for a bumpy ride. He will love his freedom and like the fish his sign is named after, he could easily be a slippery person to be with. He often claims that more is less but that only applies to him. The more you think you are finding out about him the less he is likely to want to tell you. Most of the things you know you will find out by accident or through his family or friends. He may at times slip up and let you know something but it won’t be much and he will do his best to make sure that it does not happen often. He will seem like a little puppy desperate for attention and love but not prepared to do anything in return. If he can be taught that love is there but he has a part to play the relationship should last. 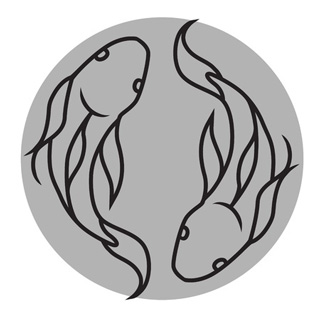 A Pisces man can be two different people in one and the contrast between both is so wide that it is hard to fathom out how he has managed it. He can stay with a woman for most of his life but decide not to get married. To him he still has his freedom even though he cannot function properly without her. It is how he feels about things that is important rather than how they really are. In contrast he could spend the night with a prostitute or just pick someone up for a one night stand and the next day he will decide he wants to be with them forever. He can be infuriating and yet innocent and needy at the same time.

There is strength in many Pisces men that will make them cut off their nose to spite their face. There may be something that they really want but if someone else has told them they want it or even suggested it would be best for them they will not submit. No one will tell them what is best for them even if they know deep down that actually it is best. If you pretend you are not too bothered either way he may not immediately drop down onto one knee but he is more likely to hint about what could happen in the future than he ever would if you kept pushing and pushing. He might be stubborn but he is not stupid. He does not want to lose you so needs to keep you dangling – good word for a Pisces – and hinting at marriage is likely to keep you sweet for a while and buy him more time.

Once You Are Dating

Dating a Pisces man will be like taking a dog for a walk on a retractable lead. If you are concerned about him and try to keep him close by he will be tugging at the lead to get away. If you loosen it and let him go as far as he wants he will have a little sniff around and then return to your side. Often it is a matter of knowing him and also how to treat him. Now it could be time to play him at his own game.

It is your time to be taken for a walk and when he lets the lead out – go for it. Make it look like you want your own freedom and will be just as happy away from him as you will be nearby. It is now that he will become worried. He always thought he was the one calling the shots and pulling the strings, but now you are teasing him. He will see you as a much stronger person than he thought you were and this will entice him. He needs someone strong and it is then that he may decide to commit. It may be best not to let him know what you did as although he needs someone strong he may not want to admit it.

Once he has made his decision he knows he needs to keep you. He may be difficult to tame but part of him does not want to go through the same old routine time and time again. He believes he has won here and got what he wants and is determined to keep it. Now you may be treated the way you should have been in the first place with flowers and chocolates and lots of kind words. He is now able to behave the way he wants to and as he trusts you he will become a more kind and gentle person. You can still ruin this by breaking the trust as he needs you to be proud of him but also desire him.

You may now be asking yourself if it is worth putting yourself through this torment and need to look at what you may get out of it. It is clear what you need to put in and what you will have to put up with, but the rest is still unknown. At times it may be worrying how dependent he has become on you. You will have the pressure of helping him along his way and the fear that any of his failings may be your fault as you damaged his fragile ego. Teaching him to be strong for himself will not be easy.

Be warned that as a couple you may see a grown man cry. His initial reluctance to open up to you will disappear and he will now want you to know everything. This will include his hopes and dreams along with his deepest fears. This is where the tears come in. He can express himself much more openly as part of a couple and you may not like it but you will have to get used to it. It is best to remember that this is what you wanted when he was holding back. How often did you wish he would tell you what was wrong and show at least a little vulnerability? You now have what you wanted and must accept it. You asked for openness and now have it.

It may be hard for you to accept that the man who led you such a dance in the early years is now dependent on you. If it is frightening let him know. He will react better to knowing that you are scared rather than that you are bored and may not want to be with him anymore. At the same time he may be annoying you by asking if you really care he will be secretly terrified of losing you. He will ask you how you feel about his best friend and worrying about the reaction, yet he will not tell you that he enjoys hearing your favorite song even when you are not there and going to your favorite places even if you’re not around.

By the time you are an established couple things could have well gone in a complete circle. At the beginning he was running rings around you and now he is at your beck and call. If you care for him as much as he now clearly cares for you make sure you look after him and give back what he gives so freely.