Firstly he will very likely tell you that he cares. This could be for a variety of reasons ranging from the fact that he actually does to the need to get something he wants. This could be sex or the night out alone that he has been harping on about for days. Depending on how well you know him will properly determine how successful he is.

Many men do not find it easy to open up and talk about their feelings so if he is like this the fact that he is prepared to say he cares is a step in the right direction and may mean that he actually does. Also actions can speak louder than words so it may be a case that he will show you he cares rather than tell you.

10 Signs to Know If a Man Cares 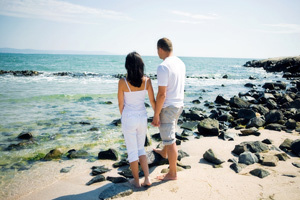 1. Have you met his family and friends? If you have only been on a couple of dates it may be that it is too early and it will be nothing to worry about. If however it has been a number of months and there does not seem to be any sign of an introduction it may be time to broach the subject and see what he says.

2. Have you been to any of the places that he talks about? It is more than likely that he has favorite places that he goes to with his friends. They may not all be the sort of places that you would want to go or even be suitable for you to go. There should however be somewhere that he could take you where you could find out a bit about his life away from you. It will be strange if he talks about pubs and bars that he frequents on a regular basis yet never takes you to them. What reason could he have for not taking you to his favorite restaurant?

3. Do you spend a lot of time together? There is no need to be in each other’s pockets but it will be strange if you only spend a day or so together a week. Unless you live a long way apart or there are work commitments that mean you do not have a lot of free time at the same time then you would expect to spend a lot of time with him. If he seems to have more time to spend with friends or carrying out hobbies, this may also be a sign that he is not really committed.

4. Even if you are not together a lot does he keep his promises? If he says he will phone on a particular day does he do it? It could be that he does not think about you a great deal when you are not together and so will not think it worthwhile doing exactly as he said he would. With text, e-mail and mobile phones it is easy to be in touch so it will be worth being aware that he has the chance to contact you but has not. This may be because he is just forgetful but could also be a sign that he does not care as much as you would like. If he calls on the dot however it is safe to say that you have been on his mind and he certainly does care.

5. If he shows an interest in your family, friends and hobbies it is very likely that he cares. If he is prepared to not only listen to you telling him all about other people but actually remembers who they are and what they do then he want to impress you. If he cares he will want you to know that he is a caring person and that is not just about you but all the other important people in your life. Too much information may leave him confused and not quite sure but as long as he has the jist of what you have been saying it proves he cares enough to listen to what you have to say.

6. Does he talk about a future where the two of you are still together? It will be even better if he actually tells you he wants you to have an exclusive relationship but in the absence of that knowing that he is thinking ahead gives you a good indication that he cares. If you spend the most important nights of the week with him it will prove he prefers to be with you rather than going out with his friends. Saturday night is always an important night so if you are with him week after week on a Saturday he is clearly making sure you are at his side rather than out on the town yourself.

7. Has he told you he cares? More importantly has he said he loves you? Once that has been said it is hard to take it back and most men know so. They are aware that you will start to see the relationship differently once the words have been uttered, so unless he immediately tries to take it back you can assume that he really does care.

8. Does he make a big deal about what you want to do? If you say you would like to see a film does he book the seats right away? If he does it is a good sign as he clearly wants you to be happy and have everything you want as long as it is in his power to give it to you. This can apply to offering to do jobs around the house or looking at your car even if he does not have a good knowledge of how it works. As long as he admits at the end he is not sure what is wrong you should be OK. If he tinkers around and claims to have fixed it you could have problems.

9. Nothing is too much trouble for him. He will get you a refill of coffee so you do not have to move, but he will also take time off work if you need a lift somewhere. Even though you will not want him to be a doormat it is important to know that he will help you when he can. As long as he is not expecting something in return this is a sure fire way to know he cares.

10. Finally his emotions begin to match yours. If you are sad it makes him sad and if you have had a good day it makes him happy. He can put your feelings before his own and not mind that he has given something up for you.

If he follows the 10 points above it seems like he really cares and even if he only manages a few, give him time and you may eventually get the 10. If he does too much too soon it may seem a little unusual but as time goes by he should show more and more signs that you really are important to him. Then if you haven’t already, you should be able to do the same for him and show him you care too.