Heavy breathing is defined as an elevated rate of respiration when an individual is in a resting state. For instance if the person is seated and continuing to breathe in a quick way despite the fact that they had not been physically active for more than an hour or engaged in any bending or lifting within the last thirty minutes to an hour. It may seem oddly out of place to have an individual “panting” or gasping for breath without any tangible reason.

Aside from the fact that it can be rather distracting to note someone who is “out of breath” for no reason there are some significant causes to heavy breathing which all have a very noteworthy medical cause for concern. If someone you know is breathing heavily in a rested state, there are a multitude of reasons that may be the cause and all of them warrant medical investigation and consultation. 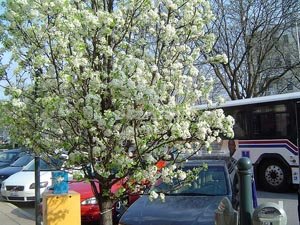 When spring arrives you can easily tell the individuals with allergies from the ones who have none. Allergies can take the form of a variety of triggers from green grass to weeds, fresh flowers or specific colors of stamen in flowers (many people are allergic to yellow flowers interestingly enough although researchers are not sure why that is the case). Year round allergies to pets such as cats or dogs can attack when the individual changes their environment. Expose someone to cat or dog dander and typically the reaction is an irritation to the eyes (which become red and irritated) and for more severe allergies it can result in heavy breathing as the lungs and bronchial passages become inflamed from the allergens. Chronically heavy breathing occurs for people who suffer multiple indoor and outdoor allergies.

Allergies to food can also cause heavy breathing as again the bronchial system reacts by becoming inflamed when exposed to allergens. Dust is a common trigger for heavy breathing as it enters the lungs very easily and creates irritation quickly which can lead to swelling of the airways, heavy labored breathing and “wheezing”.

Smoking is another leading cause of breathing difficulties which is impacted depending on the duration of the smoking habit and the amount of cigarettes which are smoked on a daily basis. Besides the dramatic increase of developing lung and throat cancer (which is now clinically proven without dispute) smoking has another nefarious side effect. The heat and chemical conduction of the smoke into the bronchial systems literally burn off important hairs called villi from the interior of the lungs and airways. These villi act as filters which assist the lungs to remove phlegm and debris which is collected by normal respiration. Without the villi there is no mechanism to work the debris out of the lungs leading to a buildup of hard and soft phlegm in the lungs. This phlegm also absorbs the chemicals which are introduced to the lungs in the smoking process building residue or “tar” on the inside of the bronchial system. That additional build up in the lungs narrows the oxygen airways and creates a “rasping” sound as air is forced through more narrow passages leading to reduced efficiency of breathing. Heavy breathing occurs as a result and is sometimes accompanied by a “wheezing” sound.

An individual who is frequently “out of breath” may be suffering from a cardiovascular issue. The heart is responsible for pumping oxygen throughout the body by distributing oxygen rich red blood cells to all extremities whether we are at rest or laboring in activity. As we increase our activity level the heart begins to work harder to meet the demand for oxygenation in the bloodstream. If an individual is at rest for a reasonable period of time and still experiencing a feeling of being “out of breath” and if the condition is complimented by heart palpitations or pain in the chest, it may be indicative of a heart attack or stroke in which case immediate medical intervention is required.

Individuals with a history of heart disease where portions of the heart are rendered ineffective due to scarring will also experience heavy breathing as the impairment makes the heart work twice as hard to accomplish its goal. This can also contribute to heavy breathing while rested.

A larger body at rest must work twice as hard to increase its oxygen flow. Considering that most obese individuals carry their body weight in the mid-drift which applies additional weight on the lungs, it is not surprising that overweight individuals experience heavy breathing. Additionally every individual body which is forced to carry a heavier weight will work harder to do so which increases the natural respiration of the body in response to physical exertion. Obese individuals tire faster not because they have less energy but because their body struggles to feed oxygen to all vital areas in an efficient manner given the larger body mass and distribution.

The state of being “out of breath” has long been attributed to obesity and even a small amount of weight loss can have a dramatic effect on the body’s ability to distribute oxygen to muscles and vital organs. Another way of thinking about it (which may prompt action in some) is that heavy breathing is a clear indicant that your lungs (and your heart) are working harder than they should to keep your cells supplied with oxygen. It’s a frightening thought particularly for those who are constantly breathing heavily to consider the true impact of that state on the body. Additionally the increased respiration elevates blood pressure which brings a number of health risks into fruition over the long term.

Much like smoking (although through no fault of their own) asthmatics experience heavy and noisy breathing as a result of inflammation to the lungs. There are many triggers that can set off an asthmatic including animal dander, dust, pollen, perfumes or strong scents. By definition asthma is an inflammatory disorder where the lungs and bronchial passages are extremely sensitive and responsive to airborne stimuli which aggravates the lungs leading to difficulty breathing. In some more extreme cases if not medically addressed using an inhaler, the irritation can lead to an asthma attack which is a frightening experience where the airways can literally close to the extent that breathing becomes virtually impossible. It is rare but fatalities can occur during asthma attacks if the patient is not addressed immediately. Heavy breathing is an indicant of an asthma attack in progress and requires medical or pharmaceutical intervention before becoming more severe.

Regardless of the source of heaving breathing, if an individual is laboring in their breath while in a rested state it is important to have prompt medical investigations to determine the source and root cause of the condition. A minor problem with breathing efficiently can quickly turn into a life threatening condition and warrants appropriate medical treatment.