No one would argue that relationships are anything less than highly complicated and often highly stressful. While they are of course often highly rewarding and fulfilling, this does not prevent the fact that there is a lot of emotional commitment here and that they seem like they’re more trouble than they’re worth – and we’ve all sworn off of love at some point or other, like any good addict does.

But one of the most highly stressful and traumatic parts of any relationship has got to be the ending, and particularly if you’re the one breaking things off. Even though you likely have very good reasons for wanting to end your relationship and probably think that it’s the right thing to do (or presumably you wouldn’t be doing it), you will still have doubts about whether you’re doing the right thing, twangs of guilt about throwing away what could have been a long happy relationship, and reluctance to break the heart of someone you once loved. Like being asked to fire someone from their job, you are about to do something that will be highly hurtful to that person regardless of how you phrase it, and that will leave them reeling – feeling like they’re alone again and like they have fallen behind and experienced a huge set back in being truly happy. 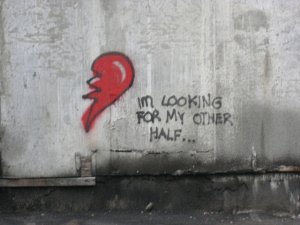 Thus there’s a huge responsibility when you break up with someone and it can feel like a terrible burden. Mixed with your own sadness and feelings of uncertainty this is a hugely unsettling time and one that really needs to be handled with care.

Fortunately there are some ways you can make the process go more smoothly and there are some tips you can follow to make sure things go as well as possible while doing as little damage to the other person as you can. Here we will look at what those are and how precisely to handle a breakup in the best possible way.

Make Sure of Your Feelings

The first step to handling a break up is to make sure that this is really what you want before you go in. If you are feeling uncertain about what you are doing, then you need more time to think. Take some alone time by going on a trip or something, and spend this time to really mull over how you’re feeling. Speak with close friends that you can use as confidantes and generally weigh up all the options. Why are you really doing this? Are the problems ones that can be fixed? Have you given the relationship a fair chance? This is highly important because if you break up and then change your mind you often won’t be able to go back and you’ll often find that your partner refuses to resume the relationship. At the same time even if you do get back together you will find that the relationship is never quite the same and that you find the spectre of your previous break up will hang over you both (‘they dumped me once, what’s to stop them doing it again?’). In many cases uncertainty leads to a lot of complication in the break up where neither party is entirely sure of where they stand and in the long run this is a lot more hurtful and traumatising than simply ending the relationship.

Once you’ve decided that you definitely want to break up with your partner, the next highly important step is to do so. And that means to do so in an honest and straight forward manner. This is the opposite technique to what a lot of people use which is to try and get their partner to dump them – by acting cold, distant and not like themselves until their partner decides they’ve had enough and ends the relationship. This method can seem like the kinder way to handle things as it means that you are not rejecting a partner by turning them down.

However in reality this method is a lot more hurtful as the other party will in most cases pick up on what you are trying to do. They won’t understand why you are acting coldly towards them, but they will feel pushed out and alienated and they will likely begin to worry about the state of the relationship. This can lead to a lot more drawn out and hurtful stress than if you were just honest and straightforward when you broke up with them. If you are trying to freeze your partner out and get them to dump you then you may tell yourself you’re doing it for their benefit, but in reality it is much more likely that you are doing it out of cowardice – so that you don’t have to be the one to go through with the break up. Out of respect for your partner it is important that you tell them how you feel and don’t leave them in a state of limbo.

Just because you’re being honest and straight forward doesn’t mean that you can’t somewhat sugar coat your message. Part of breaking up with someone the best way is to make sure that you deliver the bad news in a way that doesn’t seem too personal and that doesn’t damage their self esteem. What you shouldn’t do is to give them some wet excuse that you need to ‘find yourself’ or that you’re ‘going through stuff’ as they know as well as you that these are things you can do while you’re still in a relationship.

Of course this is difficult to do without lying if you genuinely are breaking up with someone because of something they did, but part of this is simply rephrasing the matter in your head. Consider that it is not what they did that is the problem, or not what they are, but rather your reaction to that. So you don’t tell someone that they’re unattractive, you tell them that you have lost the sexual spark and see them now more as a friend. Likewise you don’t tell someone that they’re too temperamental or aggressive, you just say that your personalities don’t gel and that you keep clashing as a result.

If you are going to pick on something specific then at least keep it to something that they did rather than that they are. Tell them they have hurt you, or that they have acted in an intolerable way. By phrasing it in either of these ways you let them know that they could find another partner whom they were more compatible with, or that they could behave differently and find they no longer had the same problems. This way you haven’t left them feeling undesirable or unlovable, you simply leave them realising that the relationship was irreparably broken.

The next and most important stage is to walk away and to give each other space. Tell them when you break up that this is what will be the healthiest for both of you (only after you’ve answered all of their questions) and that you shan’t be reading messages from them. If they do continuously message you and you feel you need to respond then simply address the issues raised in short sentences, tell them you miss them, and then end the message.

Of course this is heartbreaking and to go from being so close to someone to treating them like a stranger can feel horribly cold and upsetting. Even though you broke up with them, that of course does not mean that you won’t want to interact with them and that you won’t miss them. However it’s crucial that you do leave time for both of you to heal or you will keep bringing the feelings back. This way you will be able to draw a line under your relationship and both begin the process of healing.

This doesn’t have to mean it’s the end though, and if you want to stay friends you can – you just need to leave enough time first. Let a few months or even a year pass and at this point you should both have moved on and begun new lives and possibly even new relationships. Now you can spark back up the contact and the relationship will have taken on a new form – as friendship rather than ex-lovers.