Being in a relationship that you know isn’t going well can be a highly stressful and upsetting experience that leaves you feeling sad every time you think of the one person who is meant to bring you the most happiness.

This can be even worse if you suspect that you are on the verge of being dumped – in this scenario you now not only know that you are heading toward the end of your relationship, but you also get the feeling of delaying the inevitable. There can be a tension in your meetings and it can be highly hurtful if you suspect that the person you love no longer loves you back. But are you just being paranoid? Here are some tell-tale signs that your partner may be thinking about dumping you.

They Shirk Off Conversations of the Future 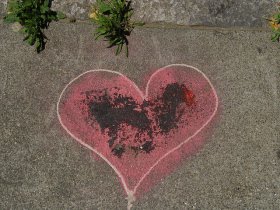 If your partner talks a lot about the future (and you’re in it) then chances are that you are safe in your relationship. However if they seem to avoid the topic then this can be a little more unnerving. It’s important to realize here though that just because someone doesn’t want to talk about marriage that doesn’t mean necessarily that they’re thinking of dumping you – they may just be uncertain or nervous about commitment. However if they won’t talk about next year or if they refuse to book tickets to an event because you ‘might be broken up’ then this could be taken as a red light that perhaps not all is well in their mind.

They Are Creating Problems

Relationships are strange things and a lot of unspoken things can go on under the surface without either party ever really explaining themselves. For instance many people will not outright dump their partner if they feel that things ‘seem’ like they’re going well. In other words they feel a need to create an ‘excuse’ to dump you – they make things perfectly seem like they’re going wrong so that you will be more likely to ‘agree’ with their decision to break things off (I did say relationships were strange). Thus if arguments seem to be cropping up out of nowhere that are forced this might suggest they are setting the scene for a break up. Likewise lots of unusual arguments might just meant that they are no longer so infatuated that they are willing to let the disputes go, and this too can be a warning sign that there’s trouble in paradise.

They Are Becoming Distant

If your partner seems to be becoming more and more distant – taking longer to answer texts, being less demonstrative and not responding to your declarations of love, then this might once again suggest that they are trying to prepare you for a break up. In some instances they might even be trying to ‘phase’ your relationship out over time so that you are prepared for the idea and the change is less jarring. In some cases (guys in particular are guilty here) your partner might be trying to act cold so that you dump them and they are thus spared the responsibility of having to go through with it. This is actually a cowardly act and far more hurtful for the other partner than just being dumped in a straight forward way.

Their Friends Are Acting Cold

If someone wants out of a relationship then they will tend to tell their friends about it before they actually go through with the break up. This in turn will mean that the friends probably stop making quite the same effort that they used to and especially if your partner has been telling them their grievances with you. Friends are often less subtle and less emotionally involved so this can be a good place to look for clues.

Mostly though you will just stat to pick up on these little cues on an unconscious level and you’ll notice that things aren’t quite ‘the same’ as they were and that your partner is acting differently. Normally these suspicions are founded on something, so unless you know yourself to be the paranoid type you should probably listen to your gut. The best thing to do in this scenario is to try and notice exactly what it is your partner is doing that’s making you feel this way and then to confront them on the issue – avoiding it might feel easier but in the long run it is kinder to yourself to know where you stand as early as possible so you can come to terms with the idea and start to get over your relationship.