A low amount of hemoglobin in the blood is a problem that affects many people and is known technically as anemia. Hemoglobin is the term used to describe the red blood cells which carry oxygen around the body, and so anemia can result in ‘hypoxia’ which is a lack of oxygen in the blood.

Oxygen is crucial for converting glucose and glycogen into usable energy (ATP) and so this problem can result in a range of problems and symptoms including a lack of energy, dizziness, weakness/muscle fatigue and shortness of breath. In severe cases this might result in reduced function of internal organs resulting in chest pain, angina and even heart attack. Anemic patients may also display a pale/pasty skin color – as the hemoglobin are the red blood cells.

In the vast majority of cases anemia is caused by low iron which can come about as a result of malnutrition. Low iron has this effect because iron is a key component of red blood cells. Other potential causes can be blood loss (due to injury, piles or bleeding ulcers). In some cases anemia is caused by bone marrow problems, kidney failure, sickle cell anemia, worm infestation such as hook worm, or chemotherapy drugs.

How to Increase Hemoglobin 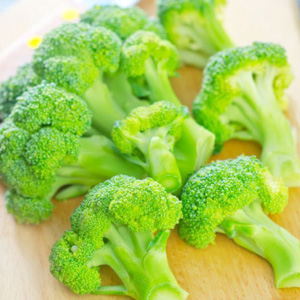 Here we will look at ways you can increase your hemoglobin levels and thereby prevent lethargy and potential damage to your organs. They are as follows:

Firstly, it is possible to increase hemoglobin by increasing your intake of iron and this will improve your red blood cell count. You can increase iron in your diet by supplementing with over the counter tablets, or by using prescription medication by seeing a doctor and getting a blood test. Otherwise you can increase iron by simply increasing the iron in your diet. Foods that have high amounts of iron in them include eggs, green vegetables (such as broccoli or famously spinach), red meat, dried fruits, nuts, beans, liver, pork, fish and shell fish.

Other foods should also be sought out. For instance you should take more vitamin B which can also increase hemoglobin (as a supplement or from cereals, fruits, vegetables and milk), vitamin C (sources include citrus fruits and juices) which helps with the absorption of iron, and beet which can stimulate hemoglobin production.

Meanwhile other foods you need to have less of as they can block the absorption of iron. These include tea, coffee, high fiber foods, high calcium foods such as milk and cheese, and certain medications.

If your anemia is not caused merely by low iron, but is a result of another medical condition then of course the best way to address this problem is to address the cause of the anemia – that means seeking medical attention if you notice these symptoms.