Understanding exactly how the body works can sometimes seem like an impossible task as you have to make your way through an endless mire of different terms and interconnected processes. It’s half biology, half chemistry and half physics and all a headache. Even to understand something as seemingly simple as energy metabolism you need to know terms like glycogenolysis and adenosine triphosphate. Here we will look at what glycogenolysis is, what it means, and what its role is in the body.

Glycogenolysis is a term used to describe the conversion of glycogen polymers into glucose monomers, the ‘catabolism’ of glycogen. This process involves the removal of one glucose monomer via cleavage with an inorganic phosphate in order to produce glucose-1-phosphate. This in turn is converted to glucose-6-phosphate. The process is caused by the hormones glucagon and epinephrine which stimulate glycogenolysis and which are produced in response to low blood glucose levels. It takes place in the muscle and liver tissue which is where glycogen is stored. The liver will then release this free glucose into the blood stream, while the muscles will keep the glucose. 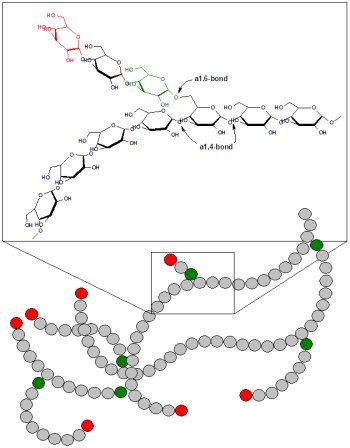 Essentially then the goal of gylcogenolysis is to conserve energy as ATP by catabolising carbohydrates. It is part of what happens that enables your body to get energy from a hamburger or from a banana, and is used alongside glycogenesis, glycolysis and the citric acid cycle.

However the main use for glycogenolysis is the creation of glucose-6-phosphate, which has a prominent position in cellular chemistry. This is the form of glucose most commonly used in cells, and here it can be converted to glycogen or starch for storage; can be used in glycolysis which creates free energy convertible to ATP; or in the pentose phosphate pathway which generates the coenzyme NADPH and the monosaccharide pentoses.

Its role in creating ATP (adenosine triphosphate) is the most important form of all however, as this is the ‘universal energy currency’ of life, which is responsible for enabling movement and everything else we do.