Night terrors affect around 3% of children and are a relatively common disorder. The majority of those affected by night terrors are younger and are also more commonly male. However this can also affect other people including adults and females. The condition is classed as a ‘parasomnia’ disorder, and is also more likely if there is a family history.

Night terrors (AKA sleep terrors) are characterized by extreme terror during the night, often coupled with hallucinations and screaming – something akin to a ‘waking nightmare’ – and in some cases the individual will try and act out, trying to escape from their room or even attacking people. In 18% of cases those having night terrors will actually ‘escape’ and leave their own home. The hallucinations and terror will generally be highly vivid, though in some cases the child won’t remember them. Of course watching a child have a night terror can be very distressing and even frightening for parents so it is important to try and combat it if possible. 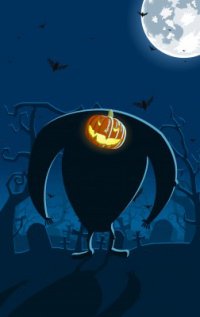 Often the child’s eyes will be open and it can be very difficult to arouse them from their state. Another way in which night terrors are distinct from nightmares is that night terrors occur within only a couple of hours, or even sooner (in the vast majority of cases it will occur within 15 minutes in fact), after the individual has fallen asleep, whereas nightmares are more likely to occur further into the night, or even in the morning.

It has been noted that night terrors tend to occur in cycles – that is that the child will go through stages of having lots of night terrors, and then not have them again for a few weeks. Roughly half of children who have night terrors will grow out of the problem by the age of 8, but the other half will likely continue to around the age of eight.

Night terrors occur during what is known as ‘N-REM’ sleep meaning ‘Non-Rapid Eye Movement’. Until recently it was believed that dreams only occurred during REM, whereas now it is understood that they can occur at any point but are more likely during REM. This sets them apart from dreams then, though the hallucinations and abstract fear are very similar to having a nightmare. In a night terror however, much like sleep walking, the motor cortex of the brain is active whereas normally it would be dormant, meaning that the patient is free to act out their hallucinations. This may have evolved as some kind of defense mechanism for when we would sleep outdoors and potentially be vulnerable to predators.

Stress during the day and other problems such as illness or fever can make night terrors more likely, and so by addressing these problems you may be more able to reduce their incidence. They are believed to be caused however by generalized increased brain activity, and this could be a result of increased arousal or activity during the day – the result of playing computer games or watching films just before bed for instance, or having a highly active day.

There are several methods you can use to attempt to prevent a child from having night terrors. One method is to send the child to bed, then wake them gently yourself just before you go to sleep. This will take them out of their usual cycle and as night terrors usually occur early in the night the disturbance can be enough to ‘skip’ this phase. To try and use this strategy more specifically, note how long it normally takes them to have the night terror after they’ve been sent to sleep, and wake them around this time before tucking them back to sleep.

Other preventions are to try and help to calm down your child’s brain activity before bed. You can do this by having half an hour of down time before your child goes to sleep. In this time avoid giving them anything to eat, avoid any stimulants such as coffee, and instead encourage drinks of warm milk. Likewise try not to use any entertainment that may be overly stimulating such as games consoles or films, and instead encourage reading or reading them a story while they’re in bed. If there are any severe sources of stress in your child’s life meanwhile, try to address what these might be and to combat them to help your child feel more relaxed and calm in general.

You can also improve your child’s sleeping conditions and by making sure their sleep is deeper and less disturbed this can avoid them waking. Give them a regular bedtime so that you can encourage a good body clock, eliminate any sources of light or noise in the room, and invest in a good comfy bed.

If these methods don’t work and particularly if your child’s night terrors are aggressive, then you might want to consider using medication which you can get from your doctor.

How to Treat a Night Terror

The difficult thing is knowing how to react to a child having a night terror and knowing how to reassure them. Remember it is difficult to stir a child and so this is not your main strategy – though that said turning on a light can be a good way to help them to see where they are and that they aren’t in any danger.

If that doesn’t wake them then try to hug and reassure your child – don’t tell them they are having a night terror or disagree with what they are saying as that has been shown only to distress and confuse the child. So just turn on the light, hug your child, and reassure them as best as possible until it passes.