In our lives, we often focus on the physical and intellectual development, but how many of us are trying to get a complete emotional control. If you’re already 40 years old but still regularly experience emotional outbursts then you’re emotionally just a 4 year trapped in an adult body. By gaining better understanding on your emotional system, you can prevent the release of overwhelming emotions more easily. You may also get a number of additional benefits, such as special awakening and perpetual peace of mind.

Our actions and thoughts are controlled by emotions, but unfortunately many people have no idea how to deal with their emotions. What if your emotions are fully in control for just one day? Most likely, you’ll make poor decisions and neglect some of your responsibilities.

Let’s say you get angry easily one day and let yourself go overboard a little by verbally lecturing or even physically hurting those around you. Most likely, in the end of the day, you’ll feel really guilty about offending them. People who are in control of their emotion are less likely to do something that they will regret later on; it’s just as simple as that. People who are letting their emotional autopilot activated continuously are entirely unconscious of how their emotions are affecting them. 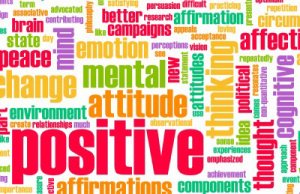 Strangely enough, acceptance is the first step in controlling your emotions. Resisting your emotions may cause conflicts and conflicts are the root of all negative, overwhelming emotions. Those who are using their thoughts intensely to fight unwanted emotions are often assaulted back by a steady stream of new unwanted emotions. Being consciously at the present and accepting your inner emotional state can help you control overwhelming emotions better. Avoid the internal conflict between thoughts and emotions; just accept your present state until you reach the point of surrendering. Resisting an overwhelming emotion often makes it stronger, this is a universal principle that you always need to remember.

Once you dismantle your defenses, you’ll find that your emotions are less intense than before and you’ll feel more peaceful. You don’t have to understand abstract concepts and it’s better to experience them yourself. Never analyze your emotional situation or it will create more internal conflicts. When an overwhelming emotion is rising inside you, you should become an emotionless observer and don’t get involved. This way, you can release it more easily along with its associated thoughts.

Ways to Deal With Overwhelming Emotions

In this stage, you should be able to recognize that an overwhelming emotion is already engulfing you. The emotion is controlling your thought and actions. This phase is equal to undergoing a spiritual awakening or waking from a long sleep, because unless you have a lucid dream, most of the time you’re not aware that you’re sleeping. Bringing in the consciousness and realizing your present situation is an important step to start dealing with an overwhelming emotion. You should be thinking “Wow, I’ve been completely controlled by an overwhelming feeling for the past few hours, this isn’t who I am.”

It is certainly logical to feel angry when something doesn’t work out well, but adding more darkness to an existing darkness, won’t make it brighter. At some point, you just need to turn on the light! Be aware that your mind may try to get angry with failures and the resulting internal conflicts can become a barrier in releasing your negative emotion. If you want to control an overwhelming emotion, you need to accept all emotions that are present within you.

Now that you have recognized and accepted your emotion, it’s important to observe it. When observing an overwhelming emotion, you should take a neutral stance and patiently nurture the feeling of inner peace inside you. Don’t let yourself to get drawn to the emotion as it could cause an internal conflict, which feed the emotion and makes it bigger. The observation can be difficult at first, but like many things in life, you’ll get better with time. Acceptance has a strong involvement while you’re observing your emotion, it helps you to center yourself and relax. Remember that an emotion can slowly engulf you simply with its sheer intensity. Look at yourself using the neutral 3rd person point of view. Create an emotional buffer and don’t attach yourself to any emotion, thought and concerns of possible outcomes. This phase will take the longest to master, yet need to do it to finally release your overwhelming emotion.

After accepting and peacefully observing the emotion for awhile, you’re ready to let it go. You should convince yourself that the emotion is no longer a part of your mind. You’ll know when it has gone, because you don’t feel the internal pull and experience a noticeable inner calm.

Depending on how well you accept the emotion, how neutral you can observe the emotion and how intense your emotion is, you can start to control your overwhelming emotion for between 30 to 45 minutes. By using the above steps, you’ll benefit massively from this. It may not be easy for some people, but you’ll get better the more you practice it.

To prevent future overwhelming emotion attack you should nurture an outlook that can negate your unfavorable emotion. Use positive affirmations to make your mind a hostile environment for that particular emotion to grow. Your brain also takes cues from physical reactions and what you are doing with your body. If you look at the ground, slump your shoulders and plaster a frown on the face, inevitably your brain will choose to make you feel sad, a favorable environment for future attack. Be positive, both on your mind and your body.