Although many people would passionately deny about being called as superstitious, in reality they could be quite cautious on situations where irrational beliefs are concerned. The most popular superstition topics are Friday the 13th, the number 13, black cat and many others. We may occasionally see high expense purchases, long distance travel and contract signing are postponed due to “bad day” considerations. On the other hand, people who born on the day thirteen may actually consider it as their lucky day.

Even in a highly advanced society, superstition still unconsciously holds a dominant role in people’s mind. It seems that there is a part of our mind that thrives by believing on “illogical” things and simply ignores our rationality. Although the logical part of our mind may easily dismiss any superstitious belief and practices as silly quirks, the less rational, creative mind tend to objectively incorporate whatever we feed it.

Although it’s alright to be a little superstitious, uncontrolled belief in superstition may bring negative impacts on how we conduct our lives. These measures could be applied in extremes and situations can become debilitating to the point of destructive. Many superstitions are passed down through the generations in the family or simply created by an individual. You should be aware that most popular superstitions such as stepping on cracks, walking under the ladder, breaking mirrors, spilling salt and others are simply misguided belief that were based on certain ancient tales and folklore, instead of real-life experiences. To counter bad luck, there are also a host of lucky charms and other traditional countermeasures that are believed to be able to negate bad luck; these are also a part of superstitions and not necessarily a good thing either. 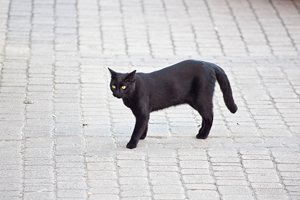 Modern people tend to adhere to a more subtle form of superstition. For example, many professional athletes use certain articles of clothing to establish a winning mindset. In addition, average individuals use “lucky shirt” or “lucky tie”, whenever they go to special events such as a gambling night or job interview. Astrology is still a popular subject and people still rely on a number of irrational factors as a part of decision-making process.

Superstitious beliefs are often tied to the unpredictable or supernatural side of events that seems to be beyond our control. The difference between superstitious and rational practices is substantial. With enough rational observation, you can assess methods and behaviors that either work consistently or not. You should immediately dismiss those that are associated with inconsistent or unpredictable results. In general, superstition beliefs are based entirely on a premise that one favorable action prevents many unfavorable outcomes. If a random action coincidentally works very well, we tend to try to recreate the situation.

It may be hard to believe, there are only few people today who approach the life in an entirely rational fashion, without being affected by irrational beliefs. Each individual often carries around his/her own little bag of tricks that they believe will serve them well over time. People are compelled to do everything to use whatever positive competitive edge they can find to ensure success, even if the practices are seemingly irrational. However, if the methods fail repeatedly to achieve what you set out to do, you should begin to examine your approach to objectively determine things that could contribute to your failures. Life always changes and to get a desired result consistently, it is better to perform a set of rational behaviors. Sometimes positive changes are difficult to achieve and success may only happen if you do the right things at the right time. When preparing for something, you should also consider the appropriate timing and have a clear idea on the cause-and-effect principle.

How to Avoid and Stop Being Superstitious

• Write down a list of your superstitious beliefs, and rate them with value between one (weakest) and ten (strongest).

• Notice your emotional reactions when you’re writing down those beliefs. Do you feel sad, scared, anxious, happy or excited to each item in your list?

• Determine how often you succumbed to an irrational belief, by performing or not performing certain actions. You should also measure the feeling of annoyance, grief, inconvenience, joy or relief associated with the practices.

• Search for any resources, including the Internet and a local library for the origin of your superstitions, as there are often some historical backgrounds that back their existence. Some websites are dedicated to debunk urban legends and superstitions, reading them can ease your anxiety and make your life superstition-free. For example, bad luck caused by walking underneath a ladder is a popular superstition. The rational consequence is that tools can be unintentionally dropped onto someone under the ladder. It was simply an old work-safety precaution that developed into a full-blown superstition.

• Keep your anxiety at bay. There are thousands of superstitious beliefs out there and they will always become an inseparable part of our society. When a superstitious individual warns you about your recent “improper” behavior, just relax. Keep in mind that certainty only comes from rational actions.

• Be realistic. Many things are planned months in advance, however, there’s no way to determine whether your plans will runs smoothly. Deal with superstitions by expecting the best and you should be aware that negative thoughts can only attract negative outcomes.

• Consider whether your adherence to a belief is bordering on obsession. If this is true, it could be an indication that you need a professional help. Obsessive compulsive disorder (OCD) can actually be considered as an obsessive superstitious syndrome. OCD sufferers are phobically-laden individuals with miswired mind, which perceive the world in a totally different manner, based on specific bizarre beliefs, fears and impulses, which are comparable to superstitions.

• Feel free to maintain practices and beliefs that are culturally significant to you, however remember that they only carry only symbolic meaning instead of literal ones.

• After examining the origin of your superstition and belief system and trying to be realistic, you should re-examine your list. Re-rate your response or anxiety of each item in the list. See if you can finally cross one or a few items in the list. Return to your list regularly and aim to have all the items crossed out sometime in the future.

Although superstitions are completely erroneous, it is proven that the positive power of mind and prayers can improve the probability of success in your life. So make sure, your life is filled with positive energy, thoughts and behaviors, as those ridiculous superstitions have no logical basis whatsoever.