There is nothing more awkward than an awkward silence (well perhaps there is… maybe if run over someone’s dog for instance and need to break the news… ) but it’s something we’ve all encountered at some point or other.

You’re with a group of two or three friends and there’s the one you all know a bit better, but then they leave, and they leave you standing there looking at the person or people you’re supposed to know and all searching desperately for something to say. But sometimes there is nothing to say and instead you just stand there together smiling, not saying anything, realizing that you have essentially admitted that in reality you aren’t really good friends at all and wondering if they’ll ever invite you to anything again, or whether they think you’re dull and boring.

There’s the classic lift situation, where you’re standing with a colleague who you have a friendly banter with around the office, silently watching the numbers count down and realizing that any good work you’d done building bonds with this co-worker have just been ruined.

Worse, there’s the date scenario where you sit opposite someone you really fancy staring at them smiling but sealing your own doom and ensuring you never see them again by saying. Absolutely. Nothing. 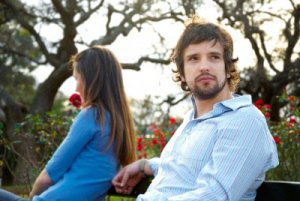 What makes all this all the more of an affront is the fact that so many other people seem not to have that problem. You see those people who can spark a conversation with anyone, who can build a rapport in moments and slip back into old routines with old friends or dazzle prospective partners with charisma and charm. It can be enough to make you wonder what’s wrong with you and whether you’re perhaps just boring and uninteresting. And it can mean that you end up hiding behind shopping isles to avoid bumping into people who you should be happy to see.

There is good news though, and that is that this isn’t a universal trait. The fact that some people can talk to anyone in any scenario means that there is hope and there is a cure for this ailment. Learning what it is they do can give you that easy charm and rapport and ensure that you never feel that creeping awkwardness again. Though that said you should also note that you are certainly not odd for feeling this way – there are far more people in your boat who dread those one-to-one moments than you think and this is a skill that many of us have to learn.

So what’s the problem? Why is it that we end up clamoring for conversation and coming up with small talk so inane and uninteresting that it makes us cringe? (Nice weather again today. Funny because yesterday it wasn’t nice! Haha!) The answer really is that you probably care too much, and that you’re probably too in your own head. It actually comes down to social awareness, but here you have too much of a good thing. You see when you’re in that situation you become so fearful of the awkward silence that you end up clutching at straws and thinking of all kinds of ridiculous things you could start talking about. You don’t know the person and so you want to become fast friends, with a witty joke or by learning what their favorite color is or their favorite band. (I can reveal that when I was in my teens and early twenties my date talk tended to consist of a barrage of ‘intimate’ questions ‘What’s your favorite band? What’s your favorite color? What’s your favorite number? Who are your role models?’. Surprisingly I wasn’t terribly successful with the ladies.) You’ll note that actually the people who find it easy to talk to anyone are often quite ‘simple’ straight forward characters and it’s this lack of concern and internal monologue that makes them safe.

So what you need to do first of all is stop worrying about the conversation and how it goes. This isn’t an interview for a new friend, it’s just a conversation and you don’t need to impress them anymore than they need to impress you. If there’s a silence then that’s because neither of you are talking so there is no pressure on you to fill it. Why not leave it and see what they say? And this works very well because as soon as you relax and stop worrying about filling the silence suddenly conversation will flow much more naturally again.

The next killer tip is to be normal and to talk about the things you would normally talk about with someone you get on well with. If you haven’t seen them for a long time then the temptation is to try and get a recap of their whole life – but normally too much has happened for this to be possible (‘well it all began twenty years ago on one summer’s afternoon… ‘). Of course you will want to know what their current situation is and what they’ve been doing since you saw them, so ask them those probing questions first. But then when you reach that moment of ‘Wow. So… anyway… Good to see you!’, if you want to keep the conversation going and make it normal again, all you need to say is ‘So what are you doing here?’ or ‘So how has your day been?’.

Likewise on a first date, when you’re sitting opposite the person you like, don’t put on an act or start asking them about their childhood – you’re not Freud. Instead just say ‘Had a good day?’. The reason this works so well is that it immediately makes you familiar and normal and that will warm them to you and make the conversation less stilted. Act like you know them and it will feel like you do. And furthermore it’s something you can ask anyone because everyone has had a day. It then allows the conversation to flow more naturally into work, or into their hobbies and their lifestyle and it gives you a snap shot of their day which is actually much more revealing than what they wanted to be when they were five. The details and their personality will come out during this conversation and you’ll find that things are a lot more normal.

The next tip is to be honest and open and to answer in full. When someone asks you if you’ve had a good day, it’s because they’re trying to make conversation. Unfortunately many of us are just too modest to talk about ourselves in depth so instead we just say ‘yes’. They actually want to hear what you’ve been doing and there are probably lots of anecdotes you could share with them – they’ll appreciate being let in. So instead say ‘yeah it’s been okay, but we’ve got this new client and he’s a bit of an a-hole’. Suddenly you have a rapport going, something you can talk about together and something that they can relate to. And they’ll be flattered that you wanted to share something personal with them and more likely to open up themselves.

And finally when they talk make sure that you actually listen and respond to what they have to say. There’s almost always something you can follow up with and use to respond to their statement. If they say they’ve had a good day then ask what they did, and then ask if they liked doing that, if they do it often etc. A common mistake when trying to make conversation is to have a conversation that’s on rails – to try and go through some subjects and topics that you planned to talk about and to ignore what they say in response. Instead then make sure to actually listen to what they have to say and to genuinely respond to each point and the conversation will flow more naturally and the impetus will be less on you. And people love talking about themselves and love a good listener.