Being confident is a very good trait and it can get you a long way in life. If you’re good and confident then that will help to inspire confidence in you from other people, it will make it easier for you to meet new people and it will improve your overall happiness – if you have low self esteem then this of course won’t make you a very happy person. So being overconfident is not a good thing – and most of all it’s not good for everyone else. Dealing with someone overconfident can be difficult, frustrating and at times upsetting.

Here we will look at what to do if you encounter that person with the invincible self confidence and with no self doubt or respect for others and how you can go about working alongside them or even being their friends or family members.

So what’s wrong with someone being highly confident with a very high self esteem? Surely this is good for them so why should it bother you? Well actually there are several reasons why it’s unpleasant working with someone overconfident – it might be that they are too sure of their own opinion or own view and that means that they won’t listen to anyone else. It might mean that they are overly optimistic and ambitious and that they take on more than they can handle. It might be that they refuse to see any of their potential weaknesses and downfalls and that this then leads them to go headlong into trouble and not to improve themselves. It may even just result in someone who is overly boastful and who is annoying as a result, and they might even put other people down as a result – viewing themselves as superior. If you’re working alongside an overconfident person, or even for them, then this could risk damaging your career as they take you and your organization into trouble, or if they’re friends or family members then it may just be very frustrating watching them make a fool out of themselves and constantly having to listen to them praise themselves. So what do you do?

There are generally two kinds of overconfident person and they work in very different ways. They are described below. 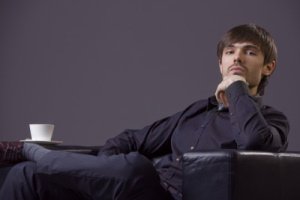 There are several types of people who are overconfident and there are many reasons that someone might act this way. For instance they might be ‘narcissists’. A narcissist is a personality type originally identified by Freud that is outwardly overconfident, vein and superior. In very extreme cases this can even lead to delusions of grandeur where the person thinks that they are somehow invincible or Godlike when the reality may be very different.

The narcissist is named after the Greek story of Narcissus. In this story Narcissus falls in love with his own reflection and thus gets frozen at the side of the river until he eventually withers and dies and turns into a small flower (of the same name). Symptoms include overinflated sense of worth, lack of empathy, striving for attention, and an obsession with fantasies of great success. But are they really as invincible as they seem?

In reality the truth is often no, and Freud described the narcissist as someone who is using their overinflated sense of self worth as a defense mechanism. Perhaps they felt unloved as a child and so they decided to direct their own love towards themselves. Or perhaps they believe they are invincible because they are afraid of the real world and they don’t want to get hurt by it – they imagine themselves to be invincible so that they can feel safe and secure in the knowledge that they can’t be harmed. While they seem very content, the narcissist actually relies on the appreciation and approval of others in order to feed their ego and without that they will feel lost. They will also though react very badly to criticisms and for this reason the solution is not to just attack them in an attempt to bring their ego back under control – you need to be careful and polite unless you want to damage their self esteem irreparably and be responsible for some kind of breakdown.

Some people just are overconfident and this can be as straight forward as it sounds. This will usually come from a lot of positive reinforcement and a lot of positive experience that just gets them used to success and leads them to believe that they are successful and even superior. They say that the average person values an insult as roughly ten times more than a compliment and for this reason most of us do not have that sense of limitless confidence. This is largely a good thing though as those who don’t have any self doubt can fall into the traps mentioned above. Push people away from them and get themselves into trouble. Often this will have come from parents that were too positive and encouraging and that didn’t see any of their children’s flaws.

Such a person is delusional, but more stable than the narcissist. They will likely have a slightly better grasp of reality and will take insults more positively. They are also less likely to be quite as self involved despite the confidence and are likely to have less of the contempt for others or belief that others are inferior which mares the narcissist.

The first thing to do then is try to assess which kind of overconfident person you are dealing with and this will affect precisely how you go about dealing with them. As mentioned before you will likely want to be more careful and subtle with the narcissist than with the simply confident.

In the case of the latter, you can make it your personal job to bring them back down to Earth but in a jokey fun way that is still supportive. You want to be there to tell them that they aren’t perfect but that is nevertheless what makes them special. Of course you will need to be on good terms to get away with such a strategy so you first need to befriend them. Then make a joke out of their clear love for themselves and make it your mission to poke fun at them when they check out their reflection in shop windows, or when they make over-blown plans. This can be enough to give them some humility and to make them aware of their confidence issue, and at least they will handle it with some humor which can make it easier for you and for others to swallow. Be sure as well that you can talk to them frankly when they come up with a plan that might be overly confident and that might jeopardize themselves and potentially others (you). Even the overconfident appreciate a sounding board and if you can provide that and show that you are genuinely looking out for them then you will likely be able to at least make them question their decisions.

And if you aren’t friends and likewise are unlikely to ever be friends? In that case you need to be able to make your concerns heard still but you don’t necessarily need to be able to change them. Fight fire with fire and make sure you have the strength of your conviction. See if you can get the numbers behind you and make sure your concerns are heard and logged by those who are above you both.

For a narcissist things may be more difficult and you need to avoid damaging their carefully crafted illusion of perfection. To do this you need to launch a more strategic and cautious attack.

If you want to launch a criticism for instance or a concern then you will still need to be able to do this but you need to do so in a way that won’t be perceived as a personal attack.

For this you can use the ‘sandwich’ technique that is also advocated by many teachers (all children are little narcissists really). To do this you need to voice your complaint but only between two positive statements so that you have ‘sandwiched’ the criticism between positives. For instance ‘I think you’re doing a great job of leading this team, I am a little concerned about the new clients you’ve taken on for us, but overall it’s amazing how you’ve got everything working so well’. This way you have almost snuck the problem in under their radar.

You can also use an ‘inception’ style mission to make them believe that they came up with the idea (if you don’t mind the lack of credit you’ll get for this) and you can do this by opening up a discussion and leading them to the conclusions you want. This will be less likely to be rejected as it will have come from ‘them’.

With a narcissist though if you want to be their friend then you will need to just accept their gloating as part of their personality – and crucially you will need to be there to lend an ear in case they need it. Make sure that you let them know it’s okay for them to drop their defenses around them and that you are impressed with them no matter what.

If your colleague or another associate is overconfident but you don’t have to work for them and they are not a friend or family member, then their overconfidence really need not be your concern. Sure it can be frustrating to encounter on a daily basis, but there is one simple way to deal with this – and that is to avoid them.