Smoking is a serious health risk and one that can have countless negative impacts on our health. We know for instance that smoking will shorten our lifespans at the best of times, but it can also cause a range of serious illnesses that can end our lives in painful and drawn out ways – lung cancer, throat cancer, mouth cancer, heart attacks, respiratory conditions, strokes and more. Of course everyone would stop if they could, but the unfortunate reality is that smoking is also addictive and sometimes this can make it seem impossible to kick the habit.

That doesn’t mean that we want to necessarily deal with the health consequences though, and the pictures that are displayed on the front of cigarette packets are enough to scare almost anyone into submission. So what can you do? 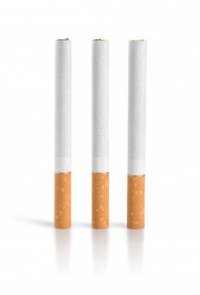 One solution many people turn to is to try something different. It isn’t the smoking itself that is addictive you see, rather it is the nicotine which causes a release of dopamine in the brain and encourages neurotransmission resulting in a ‘high’ that we begin to crave. It gradually takes more and more nicotine to achieve this same high, while our ‘base level’ is diminished; and coming off of the nicotine then causes withdrawal symptoms. Meanwhile it’s the tar in cigarettes that cause the problems in the lungs, and which clogs up are veins and arteries, and the carbon dioxide that reduces the oxygen in our blood.

So in other words if you could get the nicotine without the smoke then you could quit smoking without withdrawal symptoms – and many different strategies revolve around this as a way to help wean smokers off of the cancer sticks. For instance nicotine gum or nicotine patches aim to supply the body with nicotine either through the mouth or transdermally. Another strategy that some people will use themselves is chewing tobacco – which contains nicotine but doesn’t involve inhaling anything into your lungs.

Chewing tobacco goes by many names: smokeless tobacco, chew, snuff, pinch, dip and more. There are also various different forms of the stuff which are listed below. Interestingly not all types of chewing tobacco actually involve any ‘chewing’.

Standard chewing tobacco consists of tobacco leaves that have been sweetened and placed in pouches. You place a wad between the cheek and gum and then just hold it there for hours at a time. It’s the juices that you spit out regularly, though in some cases you may opt to swallow them.

This chewing tobacco has been packed into a square and is mixed with syrups to sweeten the tobacco and alter the texture. You bite off chunks at a time and again hold it in your mouth for hours while spitting out the juices.

This is tobacco braided and twisted as the name would suggest. It is also flavored.

This is tobacco that has been shredded and then packed into tins or pouches. This can then be inhaled.

Snus is a product that you place between your upper lip and gum which does not produce any juices so that you do not need to spit.

These products are compressed tobacco that are hardened and feel like hard candies. They dissolve in the mouth while you use them so that you do not need to dispose of it afterward.

Is Chewing Tobacco a Safe Alternative?

Sadly though this strategy is one that is doomed to failure. Chewing tobacco is first of all no substitute for gum in many cases. The addiction to cigarettes you see goes deeper than just the physical addiction to tobacco – it’s also a psychological addiction. It becomes a habit and it becomes a crutch that many use to lean on emotionally. If you are used to going outside for a ten minute break and lighting the end of a match then you will be used to the warmth this creates, to the feel of the cigarette in your mouth – generally to the entire rigmarole and culture and not just the chemical kick. As a result chewing tobacco just can’t cut it. This is also a problem with nicotine gum and patches – though these are even more far removed from smoking and also don’t contain anywhere near as much nicotine.

And unfortunately there are more serious problems revolving around the fact that chewing tobacco is actually still very bad for you. You can change to chewing tobacco and think that you’re curing yourself of smoking, but in fact you are just replacing one dangerous and damaging habit for another.

The good news is that smokeless tobacco is slightly less dangerous than smoking, and this is partly because no tar enters the lungs. However they are far from harmless and they can still cause many serious health problems. Here are some of the health risks…

When you move onto smokeless tobacco you are not kicking your nicotine habit and that means that you remain addicted. Addiction of any sort isn’t a good thing as it can lead to withdrawal symptoms if you can’t get your fix and these can sometimes be dangerous. At the same time it can cause you to switch back to cigarettes at any time, and chances are that you will simply end up doing both.

The big problem with chewing tobacco is that it actually results in your taking in more tobacco than a cigarette. At the same time because you leave the chew in your mouth for hours at a time, this causes you to get a steady stream of nicotine throughout the day. In other words your body becomes accustomed to getting more nicotine and getting a constant flow of it. You will become more addicted then and if you end up switching back to cigarettes you will be smoking more than ever. Not a good way to give up.

There are over thirty different cancer-causing agents in chewing tobacco. You will be less likely to experience lung cancer because these won’t make it to your lungs, but the chances of getting it in your mouth, throat, cheek, gums, lips, jaw or chin are increased as the substance will spend much longer here. This can be fatal, or if you have to have it removed it can result in serious disfigurement in the mouth area. Pancreatic cancer and kidney cancer are also more likely.

To drive home just how dangerous chewing tobacco is, look inside your mouth. If you already chew tobacco then you might see that there are some tiny white lesions there. These are ‘precancerous’ and if you continue these lesions can grow and become cancerous. You are literally dicing with death and disfigurement if you continue.

Having that chewing tobacco in your mouth all day releases juices that are not good for your teeth and which contain high amounts of sugar – especially if the chewing tobacco is mixed with syrup or other sweeteners. This then means you are more likely to damage your teeth and encourage bacteria and this in turn can cause cavities and gum disease. If you place the chew between your teeth and gums then this will change the position of your teeth and that will make your gums recede leading to periodontists and tooth loss. It will also stain your teeth and cause bad breath (bacteria is the cause of halitosis) so it’s not great for your social life either.

Neither chewing tobacco nor smoking are advised and both can lead to serious problems. They are both addictive, unattractive, unsociable and frankly expensive. More importantly both can lead to various forms of cancer and heart disease. While you won’t get tar in your lungs or blood stream with chewing tobacco, higher amounts of nicotine and the long amount of time the substance spends in your mouth means that addiction and mouth cancer is actually even more likely.