IQ stands for Intelligence Quotient and is generally believed to measure a person’s basic intelligence. This is intelligence that is not acquired through learning. An IQ test measures different areas of intelligence, such as special awareness, but would never ask for questions such as the date of a historical event, as this would be learned knowledge.

IQ tests are widely accepted by the scientific community as being reliable and accurate, although some criticism is that too much importance can be attached to the results of an IQ test. Most of us want to score well on an IQ tests, so here are some tips to raise your IQ.

Do Not Watch Too Much Television

Watching television is not relaxing on the brain. You will notice that your eyes are tired after you have watched television and you may even feel on edge and tense. Watching television can increase your learned intelligence, particularly if you watch documentaries or educational programs, but it will do nothing for your IQ.

Living a healthy lifestyle is extremely important if you want to have a good result on your IQ test. Make sure you eat a healthy diet with at least five portions of fruit and vegetable each day, and also make sure that you get plenty of exercise. Leading a healthy lifestyle improves your overall physical health, but also your mental health. If you are of sound mental health, and hence not bothered by stresses whilst taking an IQ test, you are more likely to improve your score. Of course, it is also very important for your emotional health and physical health to have plenty of rest. Hence, do not go to bed too late and wake up at a sensible time as well. It can also be a great idea to take some supplements or to eat what is classed as “brain food” – generally food with a high omega 3 content, such as fatty fish.

Meditation is also very helpful, as it calms the mind and allows you to experience some peace and calm, restoring your brain to its naturally intelligent state. 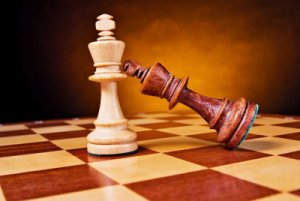 There are many strategic games on the market that you could play. Stratego is an age old favorite board game, but you could also play board games such as Risk or even Monopoly. Of course chess and checkers are also very good strategic games. There are also many puzzles available that can help you increase your IQ, such as Sudoku or other number and logic puzzles.

If you are more interested in modern gaming, you could try brain training games that are available on most consoles such as the Nintendo DS or PSP.

It is important to read, particularly subjects or books that challenge your mind. This will keep your brain young, active and healthy. Although reading a book of little sustenance can be relaxing, you should read a majority of books that really challenge you. If you were to come across a word that you may not understand, look the word up in a dictionary. If you do not understand an entire passage, read it again. Understanding what is written is a key area of IQ tests and you are more likely to raise your IQ score if you are able to do this. 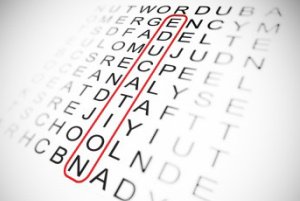 One part of an IQ test will look at vocabulary. It is important to remember, once again, that an IQ test does not test learned knowledge, rather it looks at understanding. Hence, simply reading a dictionary for example will not increase your IQ test score. However, as the test will look at your understanding of words and your knowledge of vocabulary, you could practice by picking words and describing their meaning out loud. Describe the word as though you were speaking to someone who has an excellent command of the language you are speaking, but has never seen or heard of the word that you are using. For example, describe the word “table”.

Another part of the IQ test is visual similarities. Generally, you will be given a series of shapes and you will need to deduct which shape comes next in the sequence. This part of the test looks at your capabilities around abstract thinking. You can practice this by picking a series of objects in your immediate surroundings and explaining how these relate to each other, be that in their position, shape, theme or size for example.

One other part of the IQ test will test your ability to solve problems. This will specifically look at your ability to perceive symmetries. You could, in order to raise your IQ score on this part of the test, walk around a city or neighborhood and find the symmetries that you can find around you. For example, are the pavements on each side of the road symmetrical and how so? You can find symmetries in many different objects and spending some time trying to determine these symmetries can greatly increase your score on the problem solving part of the test.

A Word of Warning: There are many programs out there that claim they will increase your IQ score by at least 25 points in a few easy steps. Be wary of these types of claims, as it is unlikely that this is true. Generally, these programs will either attempt to make you pay for service that don’t deliver, or will give you tips on how to cheat on an IQ test. Cheating on an IQ test serves no purpose whatsoever, intelligence is something that you are born with and you will only get into trouble if you are expected to have a higher intelligence than you actually have. This is one of the reasons why it is also important to not make any decisions based solely on IQ test results, but rather should be based on a combination of IQ tests, psychometric tests and personality tests.

So, as you can see, there are several ways for you to increase your score on an IQ test. Don’t be fooled by those who claim to increase your IQ score by several points, even if this were possible, it could only be achieved through cheating. Intelligence is something you are born with and you should be happy with the score you receive, as it demonstrates how intelligent you are. Bear in mind that intelligence is not the same as knowledge, as knowledge is something that can be acquired through experiences, practicing and learning subject materials.

It is also important to remember that the score of an IQ test can change depending on your state of mind, personal situations and financial situation, as all of these can cause stresses that mean your brain is occupied with issues other than intelligence. This is why the most important tip to raise your IQ is to be able to calm and relax your brain, through healthy living and meditation.