There are times when we are firing on all cylinders, when we feel alert, focused and on the ball and inevitably these times see us being highly productive and creative and achieving a lot. Then there are the other times, when we feel lethargic, when we can’t quite concentrate on anything – when we feel detached and where the world feels like we’re viewing it through a thick fog. For this reason the term is described as ‘brain fog’ and this is something that many of us dread as it means we are destined to be unable to work well and to spend minutes sitting there staring into space and being unable to concentrate. 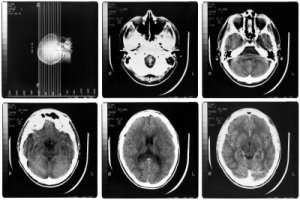 There are many different types of ‘brain fog’ and actually this is not a technical term or even a colloquial one for any particular condition or ailment. It is a general term to describe any scenario in which we are not quite alert and not quite with it – any time when you get that feeling of detachment that tells you you’re going to be stumbling over your sentences and looking at the computer screen without typing anything.

Thus there are many causes of the many types of brain fog and it’s not easy to say what is causing any particular case. In fact we are likely never completely foggy brained or completely alert but are more likely to always sit somewhere on a spectrum or a sliding scale of fogginess – at any time there are countless factors that contribute to our overall mental dexterity and alertness. Here we will look at what some of the top causes of brain fog are and how you can counteract these. Hopefully you’ll be thinking more clearly in no time at all.

Stress is a common cause of brain fog and especially if you are experiencing a chronic case of brain fog. Stress is distracting and leaves us thinking through all of the things that are going on in our lives which of course makes it hard to concentrate on anything else. Likewise if you are experiencing chronic stress then this will overstimulate the brain as it overstimulates the entire nervous system via the release of adrenaline and the resultant increased heart rate. Finally this will cause you to use up more energy and to become run down and tired. Some people use adaptogens such as Panax Ginseng and rhodiola in order to combat this effect and others turn to more conventional antidepressants such as SSRIs – Selective Serotonin Reuptake Inhibitors. These can have a range of unpleasant side effects however that can actually include drowsiness and brain fog – so the much better way to address the problem is to identify the cause of stress in your life and to combat it. It might be that you just need a holiday and could come back from that rejuvenated. If this doesn’t work, then you can also practice stress management techniques. Meditating for instance can cause you to produce brain waves that are much calmer and this can give your body a break from the constant stimulation caused by stress. To meditate like this the intention is to clear the mind of racing and negative thoughts which you can achieve by focusing on a mantra – repeating a noise or humming for instance. Actually other activities that require a similar level of mental focus can also have a similarly effective impact – such as painting, reading or watching an engrossing film. As long as you’re not thinking ‘how will I ever afford rent?’ then you are making progress.

Chronic fatigue syndrome is a condition that leaves individuals with a constant feeling of lethargy, a lack of motivation and of course brain fog. This condition is not fully understood, but is the cause of many cases of chronic brain fog. If you have chronic fatigue syndrome then unfortunately there is no known cure, however exercise can help to boost the immune system and increase alertness, while supplementing with magnesium has been demonstrated to be at least partially effective in many cases.

If your brain fog is acute and you are only experiencing it briefly, then this can be a result of a lack of sleep the night before which can leave you low on energy and close to sleep throughout the day. At the same time though, it can actually also be a result of having too much sleep which can make it hard to wake up and can leave you groggy. To avoid brain fog it’s important to get your recommended 8 hours each night and to make sure to go to sleep and to wake up at a healthy time. At the same time you should try to regulate your body clock to fit with social cues and the regular time. Our body clocks are intended to be based on both ‘external zeitgebers’ (zeitgebers means ‘time givers’) and internal pacemakers, so we work best if these two things work in tandem.

Of course it may be that you are struggling with sleep – that you either have a condition such as insomnia or apnea, or that you just aren’t sleeping well. Make sure that the environment you sleep is conducive to getting a good night and is completely pitch dark and also that there is no noise that is getting in. Likewise keep this environment just for sleeping – don’t work in the room where you sleep. This way being in that room will become a mental trigger. Remember that if you’re just resting that this will do you good too and thus you don’t need to ‘urge’ yourself to get to sleep – which will only make it more difficult for you to relax and excite your system.

If you’re struggling still then you should go to a sleep clinic where they can observe you during a night’s sleep. This might help to highlight an issue such as sleep apnea – a condition in which you wake several times during the night due to your accidentally holding your breath. Depending on the cause (obstructive apnea is easier to deal with) this can be treated fairly easily with new sleeping positions, weight loss or a CPAP machine (continuous positive airway pressure).

If you have a deficiency in anything then this can cause you to feel lethargic and mean you don’t have the energy you need to think clearly. Likewise if the substance was responsible for aspects of brain function – such as vitamin B12 then this can affect your brain directly. Something like anemia (an iron deficiency) meanwhile could result in a depletion of red blood cells that means that your brain gets less oxygen. If you have a deficiency in something then this will likely result in other symptoms as well and your doctor should be able to identify this with a simple blood test. Treatment usually involves simple supplementation or injections. It doesn’t hurt to supplement with certain vitamins and minerals even if no deficiencies show up. The B vitamins help to improve memory, zinc and fatty acids are important for neurotransmissions (the communication between neurons) and amino acids are necessary for the formation of brain tissue and the enzymes that allow it to function.

Of course if you have been drinking then ‘brain fog’ is part and parcel of the experience which causes the gradual shut down of the brain from the front to the back and also results in dehydration. This is easy enough to diagnose – but depending on the situation other forms of detoxification can cause brain fog too and go unnoticed. For instance if you have a gas leak this can cause brain fog, as can other fumes. If you are working around paint for instance or other noxious substances then this might cause brain fog – and it doesn’t hurt to open a window.

If you’re feeling lethargic with your brain fog and blood tests aren’t highlighting any problems, then this might be caused by an allergy. Something like an allergy to wheat or lactose can often go undiagnosed for years and can cause tiredness and illness.

Your brain needs water and salt to operate fully so if you’re dehydrated for whatever reason then you might experience brain fog and headaches. If you have a hangover then it’s actually the dehydration that will be causing the main problem.

Your brain needs oxygen to operate and if you aren’t getting enough it will lead to light headedness and a feeling that could pass for brain fog. Many things can cause this from breathing problems to low oxygen.

Depression affects 10% of Americans and this can have many more effects than just mood – also affecting concentration, energy and memory and cause brain fog. If you’re feeling depressed there are many possible causes of this and you should look into using medication or seeing a therapist who can help you get to the root cause of the problem.

Diabetes is a condition in which the body doesn’t produce enough insulin (in type 1 it produces no insulin, whereas in type 2 it produces less insulin and that insulin is less effective). Insulin is normally used by the body in order to regulate glucose and to convert it into energy, and so if you have diabetes this leaves you with less energy and more sugar in your system. This unfortunate contradiction means that your body gets damaged by the high glucose count – it ends up damaging your nerves and your organs – but at the same time you end up lethargic and lacking energy. As the brain uses glucose too this will result in mental tiredness and brain fog, so it’s a good idea to get tested for diabetes if you suspect this is the cause. Other symptoms of diabetes are headaches, frequent urination and excessive thirst. It can be treated with lifestyle and diet changes and through the use of insulin injections to replace the insulin not in the body.

There are many other psychological disorders that can affect the brain and cause symptoms like brain fog. For instance schizophrenia can cause brain fog and confusion as well as other problems. Similarly ‘Cotard’s Syndrome’ is a rare condition in which an individual believes themselves to be dead, and variations on this theme involve believing that everyone else are zombies, imposters or robots. Usually this condition is caused by isolation and of course can result in brain fog and confusion – perhaps similar to the experience described in Pink Floyd’s ‘Comfortably Numb’.

In some cases you might be suffering from physical damage to the brain which can be caused in a number of ways – whether it’s the result of a tumor, a blunt force impact, dementia, Alzheimer’s, a stroke (which restricts blood to the brain) or something else. Any of these things can cause brain fog and are likely to have other symptoms as well such as headaches, confusion and loss of spatial awareness and coordination. If you suspect you may have such a problem then you should see a doctor early on and get a CAT scan which can ascertain the cause of the problem.

The exact cause of migraines is unknown, but of course they can make it very hard to concentrate and can lead to disorientation in extreme cases. Many people also find that following their migraine they are left with brain fog subsequently.

Some kinds of medication can cause brain fog, and these can include things like sleeping aids, antidepressants and medications for allergies. If you notice that the medication is making you drowsy, then speak with your doctor about changing onto another course.

Hypothyroidism is a condition where the hormones responsible for regulating the metabolism are not being produced correctly and this results in the metabolism being slower to absorb and utilize various nutrients which results in tiredness and lack of concentration among other problems.