When it comes to parenting, there is no such thing as a, “one size fits all,” parenting style. There are several different styles of parenting, and most parents tend to use a blend of several styles; many without even realizing it. Parenting styles require a great deal of flexibility, since the best way to approach parenting depends on the temperament of your child. What worked for one child may not work for another, so it’s a good idea to be familiar with several different styles so that you can find what works for you and your child.

While most parenting styles have their pros and cons, there are a few that have very little positive effect on the child. One such style is permissive parenting. This particular style is, “all play and no work,” and where nothing is expected, nothing is given. 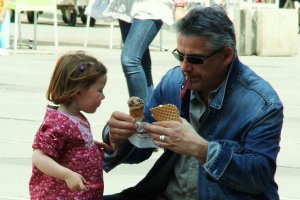 Permissive parenting is one of the four original parenting styles outlined by developmental psychologist, Diana Baumrind. It is known as the over-indulgent parenting style, in which parents fawn over their children but forget to teach them. It’s first important to be clear that permissive parents are not bad parents. They are loving and nurturing, enjoy doing things for their children and center their lives around them. The problem is that in the midst of all the nurturing, they forget that teaching is also a vital part of parenting. Permissive parents want to be the ones to care for their children, so they fail to teach them to do things for themselves.

Permissive parents prefer to avoid confrontation, so they generally allow their children to do what they want rather than creating rules and expecting certain behaviors. These parents basically allow total self-regulation, often thinking that this is how their children will learn independence. This actually has the opposite effect though, and parents lose control completely. Permissive parenting calls for responding rather than demanding, but when children are not required to meet any expectations, they seldom develop maturity.

Another problem with permissive parenting, is that when there is an attempt made at setting rules, they are very inconsistent and seldom carried out. The same is true for consequences; children are told that a certain consequence will take place when a rule is broken, but then are given a free pass, or a warning.

Permissive parents also often make the mistake of thinking that by being a “friend” to their child, they will have a better relationship with them and their children will become more mature. Unfortunately, children need friends their own age, and for you to be a parent. This does not mean that you cannot laugh and be silly with your children or get down on the floor and play with dolls or building blocks; those are things you definitely should do. But you also have to bear the burden of being the “bad guy,” and correcting children when they misbehave or make mistakes, there will most likely be tears and tantrums, but it will all be worth it when you see the remarkable progress that your child is making because of your guidance.

Finally (and something many parents are guilty of), permissive parents tend to use bribery to get their child to behave. They use rewards such as toys and treats as a way to get their child to act a certain way, but because they don’t want to disappoint them, they give the gift even if the behavior was not as asked.

Why it Doesn’t Work

First and foremost, when rules are set but not enforced, punishments threatened but not carried out, and rewards given unearned, children only learn that you do not mean what you say. All of these things give your child the upper hand and take away all of your authority as a parent. Another reason this style of parenting does not work is that children are over nurtured and not encouraged to do things for themselves. This leads to them being dependent on their parents for everything, and inhibits them from developing into mature people.

These children also lack self-discipline because they are never expected to stay within certain boundaries or meet certain expectations. They have no set expectations, and this leads to feelings of insecurity. These feelings lead children to act out, becoming demanding, and have difficulty in social situations. Another major issue with this parenting style is that because parents attempt to be friends with their children, the children do not know where to look for guidance. They don’t know who is in charge, no routines, and no idea what is expected of them, so they begin acting out out of frustration and confusion.

Are You a Permissive Parent?

Are you so used to doing everything for your children that you forget that at some point they have to learn to do things themselves? Do you set rules only to allow them to be broken without consequence? Do you threaten punishment but seldom follow through? Do you allow your children to dictate what they will and will not do? Do you find yourself trying to be “friends” with your child rather than effectively guiding them?

If you find yourself answering yes to more of these questions than not, you may be a permissive parent. Obviously there is no harm in loving your child, but loving does not mean allowing them to set their own rules and behave in any way they please. It also does not mean doing everything for them and not teaching and guiding them so that they can do things on their own. As parents, we owe it to our children to teach and guide them into becoming mature, independent, responsible, and successful adults. Studies have shown that what parents do during the first five years of their child’s life has a huge impact on who they become as adults. Part of loving our children is teaching them to behave, be responsible, and follow the rules that are set.