More and more parents are beginning to decide against vaccinating their children because of research that claims that there could be a link between vaccinations and autism. To date, nothing has been proven, and research is still ongoing. At the same time, doctors and other health professionals are still highly recommending that children receive vaccinations. Not only are vaccinations important for the well-being of each child who receives them, they are also vital for the rest of society.

The number of non-vaccinating parents is rapidly growing, and many other parents may be left wondering why. While the choice is a very private and individual one, here are the facts that have thus far been provided about the link between vaccinations and autism.

When Did it Start? 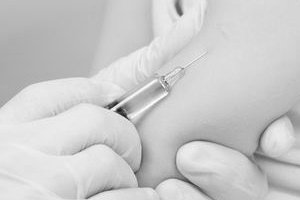 While speculation about vaccine risks seems relatively new, the article that started it all was actually released back in 1998. The Lancet, a medical journal, published an article by lead author Andrew Wakefield claiming that evidence had been found that the MMR vaccine could cause the autism disorder. While Andrew Wakefield claimed in his article that solid evidence had been found, an in-depth investigation found that Wakefield actually had many conflicting ideas that he had failed to mention, and had even manipulated evidence and broken codes of ethics. In 2004, the paper was partially retracted and was completely retracted just last year.

Since the paper’s release, Wakefield has had his rights to practice as a medical professional revoked, and the research has been officially declared fraudulent. While many still have their doubts and others claim that they have proof that Wakefield’s research has some truth to it, the majority still believe that the benefits of vaccinating are far greater than the risks.

Of course, after so long a span of time, there were already terrified parents refusing to vaccinate their children. In both the US and the UK, vaccination rates began dropping, and measles outbreaks began appearing almost immediately. In depth research has been conducted by several medical academies, and to date, there has been absolutely no link found between the MMR vaccine and autism.

What Is the MMR Vaccine and What Are its Side Effects?

The vaccine that is particularly controversial is the MMR vaccine. This vaccine is administered to protect against measles, mumps, and rubella. Like any vaccination, the MMR does have a list of possible side effects; many of which occur pretty commonly. A slight fever and or fatigue may occur as well as tenderness at the injection site. The risks of truly serious and possibly life-threatening side effects are extremely rare; less than 1 in 100,000.

The problem is that parents hear about the rare cases where life-changing effects have taken place and decide against vaccinating. The truly severe problems that have been named as possible side effects, such as deafness, seizures, or brain damage, are so few that an actual link with the vaccine has not even been established.

While there is always a risk for some side effects, the most serious ones usually consist of a mild seizure, temporary pain or stiffness, or a temporary low platelet count. None of these are permanent, and none of them are negative enough to decide against vaccinating completely. The likelihood of your child contracting the disease is far greater than your child being affected by the side effects of the vaccine.

When Does My Child Receive the Vaccine? What Can I Expect?

Should you choose to vaccinate your child, the MMR is given once at 12 months and again between 4 and 6 years of age. Doctors are now giving the option of separating the shot into three separate doses, but there is no research that shows a real benefit from doing that. Like all vaccinations, your child will be drowsy and unhappy, but the shot can have your child still showing effects for up to two weeks. Children most often get a fever (1 in 5) or a rash (1 in 20), which generally clears up within two to three days.

At the same time that they receive their first MMR vaccine, most children receive the Chickenpox and Pneumoccal Conjugate vaccines as well. While dealing with a sick baby for two weeks after the MMR is not fun for any parent, it far outweighs what you would both be put through if your child ever contracted any of the diseases. Most agree that the fevers, rashes, fatigue, and discomfort that come from receiving the MMR are certainly not life-threatening and are a much better alternative than risking your child suffering from a disease that could have been prevented.

With no real research to support the negative claims about the MMR vaccine, it’s surprising how many parents are saying “no” to vaccinations. In the UK alone, vaccination rates have dropped from 96% to below 80%. Something that used to be so routine has now become a heated debate that has no end in sight any time soon.