When you bring home a partner who is significantly older or significantly younger than you, then inevitably there are some eyebrows raised and people start to talk. People love nothing more than some good gossip and if they can’t understand a relationship then this gives them plenty to talk about. A relationship with a big age gap however can work and there are many examples of couples who are not similar in age ending up very happy together. Of course everybody is different, and every relationship is different, and what works for one person isn’t necessarily what will work for another.

People talk for many reasons in such scenarios. On the one hand they talk because they suspect some kind of foul play (is he/she just in it for money? Just for sex?) but at the same time there is usually an element of worry – and there is a cause for concern here as things to become inevitably more difficult if you introduce an age gap into a relationship. Here we will look at what some of the challenges are of such an age difference and how you can go about overcoming them. 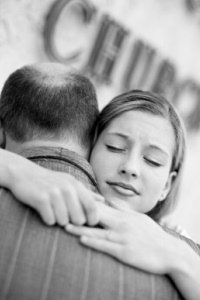 The first challenge ironically is probably the one caused by people ‘worrying’ and being concerned. While they might have genuinely good intentions, that doesn’t make it any less upsetting if they don’t seem to have faith in your relationship or if they voice concerns loudly – and even people you don’t know you’ll find will stare and look if the age gap is visibly noticeable.

The next challenge can often come from differences in your experience and world view. If one of you has been around for much longer, then that person is likely to have more life experience in a variety of subjects. They might have experienced what it’s like to go through marriage, or to have children, or to have worked for a certain amount of time, or to have retired… meanwhile if the other person is very young then they still be at college, they might still live at home, or they might still enjoy more childish things. This can then lead to disagreements and to arguments if the two of you hold very different opinions on what the best course of action is at any given time – and it’s even more likely to cause problems when things get serious and when you start potentially talking about children or marriage.

Then there are the other concerns that might arise much later in the relationship – when one partner has reached old age and the other is still younger, or when one partner passes away before the other and leaves them on their own. While these aren’t things that are likely to affect the relationship for a long time – they can nevertheless be a dark omen over the partnering and they will eventually be important issues that need to be dealt with.

How to Deal With a Big Age Gap

While these are all real issues that face couples who have large age gaps, there are ways that some of the problems can be dealt with and overcome. Here we will look at some useful tips for dealing with big age gaps.

First of all, you need to know how to deal with the judgmental comments of others and with the negative attention you get as a couple. This is something that you will need to expect from some people – even strangers – even when your family and friends are understanding.

To deal with this you need to be perfectly confident and happy in your relationship. If you have any doubts of your own, and other people voice those doubts you’re having, then this can be enough to unravel your relationship. You won’t be able to convince people of your relationship by just telling them that you’ve thought of every angle – the only way you will get them on board is by being able to actively demonstrate to them that you are happy. Show them by example, and when they see you together they will hopefully realize that you work and that the age gap isn’t that noticeable.

If you still find that your friends and family make comments, and if you find that the stares of others continue to come, then you can decide to be less ‘obvious’ in your relationship and to make it less public. You of course don’t have to broadcast the fact that you are a couple to anyone who doesn’t need to know. That said you are always going to be much happier if you can just ignore what other people think – if you genuinely know you’re happy then it shouldn’t bother you. In fact in some ways the ‘you and me against the world’ feeling that this can create can actually bring you closer together.

Do note though that if you end up turning your back on your existing relationships as a result or falling out with your family, then you will be sacrificing more than you should have to for the relationship. Note that if you are in a relationship where you end up pushing your family away then something is wrong and if you do end up breaking up you will end up with nothing. Try to find a way to make it work while still keeping the people who have stood by you in the past – if you can’t then you will have to seriously assess whether it’s worth turning your back on them, and you might find that there are more problems with the relationship than you realized.

If you are attracted to your partner to begin with, then at least at first it seems that the age difference and difference in views/life experience/maturity isn’t causing any issues. Of course over time these little differences can start to wear thin and you might find that the mental age gap is bigger than you realized.

The solution here is to not let it grate on you, but to rather see the value in those differences. If they are much younger in their behavior for instance, then see this more innocent and less cynical outlook as refreshing and see their youthful energy as a way to get back some of your own youth. Meanwhile if your partner is older, then see how they can help you to mature yourself, and how they can use their knowledge and wisdom to help you through your more difficult times. There is a lot you can learn from each other, but as long as you accept that there is no single outlook on life that is right, and that no outlook is wrong. You both just have different approaches but that’s where you both have so much to gain.

One word of warning is to make sure not to try and modify your behavior too much for your partner. Don’t try to change to become more mature if you are the younger party for instance or you risk losing out on your youth. Likewise if you are older, don’t feel you have to ‘keep up’ with your partner if it’s wearing you out. More importantly, don’t force your partner to change – this will only ever end in disaster.

Finally the issues of the future are sadly unavoidable (until medicine finds a way to reverse the aging process). What’s important though is to discuss early on how you are going to handle them and to make sure you are both happy and aware of the upcoming difficulties before you get too involved. Do you both want children? If one of you wants children and the other doesn’t, is that something they’d be willing to sacrifice? And what will the reality of the age difference be when you’re 80? Is that something they feel able to cope with? As long as you don’t avoid the issue it won’t creep up on you and you’ll be strong when you come to deal with it.