Most of us wake up not wanting to go into work, and overcome by an overwhelming urge to just roll over and get back under the covers – that’s completely normal and expected. What’s less normal though, is when you genuinely dread going into work, and when you really can’t face the idea of it. There are many things that can make you feel this way though, and it’s not uncommon to find yourself truly abhorring the idea of going in.

Of the many things that can cause this are workplace conflicts which can be highly draining on your energy and very upsetting. Sometimes going into the office can feel like going onto the school playground all over again and it’s a breeding ground for squabbles, bullying, conflict and all round unpleasantness at times. Furthermore, these workplace conflicts are completely not conducive to productivity and to getting things done. You are after all meant to be a team, and you are meant to work together to achieve your goals and meet your targets. 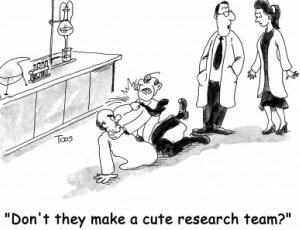 So if you’re struggling with workplace conflict and it’s damaging your ability to work and your general happiness, what can you do to curb the problem? Here we will look at some suggestions as to how you can manage workplace conflict.

If a conflict is not resolved or it’s avoided then it will only grow into resentment and slow your progress. From a productivity point of view, as well as an emotional one, the best course of action is to deal with the conflict as quickly as possible. The best way to do that is to say to your colleague ‘I understand that you’re annoyed with me, can you please explain your reasons so we can avoid future conflicts?’. Remember that you don’t need to win friends here, it’s all about getting on as a team and working well, and by getting the grievance out in the open you allow the other person a chance to vent their frustrations, you solve the issue early, and you can then come to a decision as to how you can improve the situation and work more effectively together in the future.

If you are having a workplace conflict then often it will come from disagreements in the direction you should be taking. Usually in such instances there is a hierarchy and that means that one person will have the final say in the matter and will be able to have the final say. That person then needs to take full responsibility for the situation, and acknowledge that the other person held a different view. The person who doesn’t get their way meanwhile needs to make sure it is known that they disagreed with the decision and then let go.

If neither of you is ‘in charge’ then you can often go to a manager or leader and ask them which course of action they want the team to take. Both put forward your arguments, and allow them to get the final say. Again this way the management knows your stance on the situation, and you should simply view this as a professional decision.

Usually a conflict in the office can be solved through compromise, and that can involve agreeing to go with their decision next time, or finding a middle ground. Often what causes workplace conflict to escalate is frustration on the part of someone who feels they aren’t being listened too – so make sure they feel like you are at least taking their comments on board even if you don’t necessarily agree with them.

As a leader you should never instruct someone to do something without giving them all the information (wherever possible) or without explaining to them the reason why you have a specific request. As long as they know why they’re doing what they’re doing, and where you are coming from, then they will be more sympathetic to your requests, and they will be better able to help than if you kept them in the dark.

If you feel conversely that it is you who is banging your head against a wall and not being listened to, then this can be highly frustrating. However there is nothing to be gained by getting ‘worked up’. Instead remain calm and professional, but take your issue to higher authorities or convey it in another way to have more success. For instance speak to your manager, or get a group of you who agree to sign a petition. Just make sure that you give them a good chance to listen to your point of view (by putting it across calmly) first or you could be perceived as a ‘tell tale’.

Sometimes a professional disagreement can turn into a vicious argument and hurtful exchange. This is often a result of people winding each other up unintentionally through the use of unhelpful body language and destructive phrasing. Think carefully about how you want to phrase your points and be careful not to give off the wrong body language. Avoid blaming other people, making accusations, attacking people personally, raising your voice, using generalities, being vague, losing your temper or closing off your body language. Instead make sure there is an atmosphere of calm, and make sure there is an atmosphere where you both feel comfortable to share your points of view. Keep your body language open to this end and consider every comment even if you ultimately disagree. Keep your tone calm and make sure it remains professional and not personal. They might well be ill-tempered buffoons, but the only way to deal with them and rise above them is to maintain the higher ground and to remain professional – it’s unprofessional and unproductive to say as much or to act as though you think so.

Ask to Be Moved

If you are having a true clash of personalities, then you will be slowing down the team and you will be causing problems where they don’t need to exist. Go to your employer or manager and explain that you find it difficult to work with ‘x’ person, and that you’d like to be moved to a different department or part of the office. They should normally appease your wishes where possible if it means the team works better – but be careful, you don’t want to develop a reputation as someone difficult to work with and it will be better for your career if you can resolve the issue yourself and demonstrate your teamwork and conflict management skills.

Ask for Them to Be Moved

If there is one person in an office who is impossible to work with, and who won’t listen to reason, then often it will benefit you to just ask your manager to discipline them or to move them. Explain to them that they are slowing down your progress and that they are ruining the group dynamic. This will be much more effective if you can go to them with a group of people who feel the same way – and if your conflict really is that person’s fault, then chances are there will be others you work with who agree.