The brain is a highly complex and mysterious piece of biological equipment and while we are gradually learning more and more about it, there is still far more that we don’t understand. Sometimes the complex and seemingly illogical nature of the brain is illuminated in instances of brain damage, where we can witness first hand what happens when something goes wrong with its usual functioning. The results can be so peculiar, and so precise, that it seems unfathomable that they might be the result of a single trauma.

There are two types of prosopagnosia: 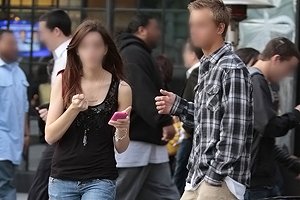 Apperceptive Prosopagnosia: This condition is thought to be a disorder of the earlier processes in face perception. This disorder makes it impossible for the patient to make any sense of faces, to make same-different judgments even when comparing faces next to each other, or to make judgments such as gender or age.

Associative Prosopagnosia: This is thought to be an impairment in the link between early face perception processes and the semantic information we have about people. In other words, the person is able to tell the gender and age of a person, and they are able to identify differences between faces. However the person is not able to put a name to a face, or to recognize the same face upon seeing it again. This suggests that they are able to identify the face on an unconscious level, but that they are not consciously aware of this information – in much the same way that ‘blind-site’ patients appear to be able to react to sites but not identify what they are seeing.

The causes of prosopagnosia are not fully understood, however it seems that the condition is associated with damage to the fusiform gyrus – part of the temporal lobe involved with the processing of various visual and lexical memories (functions include face and body recognition, word recognition, number recognition and processing of color information).

The term prosopagnosia was original developed to refer to cases of brain trauma that resulted in a loss of ability to identify faces. However it has later come to light that prosopagnosia may also be a congenital condition called ‘developmental prosopagnosia’ which seems to be the result of a particular gene and which affects around 2.5% of the population. Because facial memory plays an important role in general memory and in normal social behavior, the condition can make it difficult for individuals to socialize normally and to keep track of information regarding other people.

There is currently no cure for prosopagnosia and there are few successful therapies. However it is possible to manage prosopagnosia through the use of a variety of techniques which generally involve the use of other cues in order to recognize people – cues such as clothing, hairstyle, height, smell, weight and in milder cases of the condition gender, ethnicity and weight. Many highly successful and famous individuals have managed to live with prosopagnosia without it effecting their levels of success, including Oliver Sacks, author of The Man Who Mistook His Wife for a Hat – who despite studying the condition was not aware that he suffered with it; and Jane Goodall, famous for her 45 year study of the social aspects of wild chimpanzees.