Quercetin is a flavonoid found diversely throughout nature, and found in large amounts in black and green tea as well as red grapes, citrus fruits, tomato, green vegetables, broccoli and more. However quercetin in its raw form (aglycone quercetin) is not a component of our natural diet – this is quercetin glycoconjugates. Thus it can be taken as a supplement and some companies have made claims as to its potential health benefits which include anticancer properties and more. Others meanwhile are concerned that quercetin may have some harmful effects on the body.

Here we will look at quercetin and whether it is a useful component of our diet or a useful supplement. 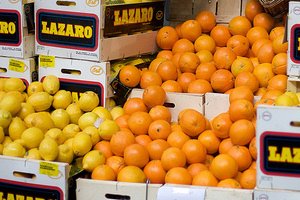 Studies have of course been carried out on the effectiveness of quercetin which mixed results. One study using rats looked at the bioavailability of quercetin – which means how easy it is for the body to use it. Interestingly the quercetin largely passed through the bodies of the rats having little effect on them as it did so – 69% of the substance was recovered in the urine.

When consumed in its natural form as part of a diet then the prevailing belief is that not enough of the substance is entered into the blood stream to have much effect on the body either positively or negatively.

Taken as a supplement though there may be some benefits of quercetin though there have not been enough studies to ascertain this for certain either way. Some studies have suggested that quercetin might be useful for anti-viral properties and in one 2007 study it was found that it could help to inhibit some viral cells. Early evidence is suggesting that there may be some anti-carcinogenic properties too and one study used quercetin to decrease the chances of pancreatic cancer in smokers – however there is not enough evidence yet to suggest that quercetin is effective in preventing cancer. It has also been implicated as a potential treatment for inflammation, and one study found that it could increase energy expenditure in rats which might make it useful as a thermogenic, and in the improvement of the mitochondria which convert energy into its useable form – suggesting it could work as a performance enhancer for sports. At the same time improved mitochondrial function has been correlated with increased lifespan so this might also help to extend that.

While there are many suggested benefits of taking quercetin however, there is not enough evidence to say that it necessary has any beneficial effect.

Furthermore, there are some side effects associated with quercetin and these should be considered when deciding whether a course of quercetin is right for you. One such side effect for instance is, ironically, inflammation. While some people use quercetin to treat inflammation, when taken in high doses, and especially with extra antioxidants such as vitamin C, it might cause more swelling.

Meanwhile some people will report headaches when using quercetin, while others report tingling in the arms and legs. Anecdotal reports also suggest that it might result in joint pain, and those with sensitive stomachs can experience heartburn.

Quercetin is also contraindicated with some antibiotics meaning that it shouldn’t be taken at the same time as them. This is because it can bind to bacterial DNA gyrase. Before beginning a course in any supplementation you should always consult with your doctor. Cyclosporine, Estradiol and Felodipine can also be affected by the use of quercetin.