Carbon monoxide poisoning occurs when you breathe in carbon monoxide. This occurs when there is a gas leak in the home which can come from heating, cooking or other facilities in the home. This is a result of ‘incomplete combustion’ of organic matter which can occur as a result of an insufficient oxygen supply to the device. When oxidized, this organic matter is transformed into harmless carbon dioxide, if this doesn’t occur then carbon monoxide is released into the room which can be dangerous at exposures greater than 100ppm.

What makes carbon monoxide poisoning a danger is the fact that it’s not only toxic, but also colorless, odorless, tasteless and non-irritating (to begin with) making it very hard to detect at first. Here we will look in more depth at how to detect a carbon monoxide leak, and what to do about it.

Who Is at Risk? 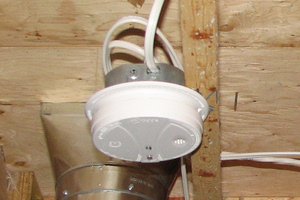 Any home with gas installations is at risk of a potential carbon monoxide leak. Devices most likely to create such a leak are heaters, cooking equipment, old motor vehicles and other gasoline powered tools. Older devices are more likely to cause a problem as a result of both their age (which will often cause them to deteriorate) and their design. If you move into an old flat with a storage heater for instance, then you should be aware that carbon monoxide poisoning might be a risk.

The best way to identify a carbon monoxide leak is to notice the symptoms. At first these are mild but can become more pronounced over time. These include:

In larger quantities, carbon monoxide can lead to toxicity of the nervous system and heart and this can lead ultimately to death. Long term sequelae may also result and long term exposure can lead to permanent neurological damage according to some sources. It is particularly important for pregnant women to be aware of carbon monoxide poisoning, which can have severe effects on the fetus.

Another possible consequence is that the carbon monoxide might bind to the hemoglobin in the blood and form carboxyhemoglobin, which in turn causes hypoxia – the lack of oxygen in the system.

The most important treatment for carbon monoxide poisoning is to remove the individual from the setting. It’s also important however to administer 100% oxygen which can work as an antidote.

Of course the best case scenario is that you avoid carbon monoxide poisoning entirely. The best way to do this is with a carbon monoxide detector which you can get from most supermarkets and general stores. By testing each room over night you can identify a possible problem and thus take action to track the source of the problem and have it repaired. If your reader reads 0.5-5ppm this is average for a home environment, but more than 15 means your equipment needs to be adjusted. While you wait for your systems to be repaired you may consider staying with a friend or relative.