Honey is seen by many simply as something to spread on toast in the morning or to have in a sandwich. Yet honey is one of our most versatile natural products and has many uses beyond the toast, a fact which many people do not realise.

An Introduction to Honey

Honey is produced by honey bees, stored in wax and harvested by us. In addition to creating honey, bees also create other useful products, including wax, which is used in cooking, and royal jelly which used as a beauty product. Beekeeping is an ancient tradition which is known to date back to the time of the Egyptians, and in the course of a year around one million tonnes of honey is produced on average. Much of this honey is bottled up and sold to be used as a spread or a flavouring. However, historically honey had many more uses than this, and honey is still one of the most versatile products that you can keep in your home. The benefits of honey are numerous. 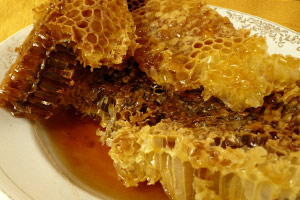 One of the first benefits of honey is of course that it is an excellent flavouring to add to recipes. Honey is a natural sweetener to include, yet has a much more distinctive taste than plain sugar. Honey can be added to products such as cakes and drinks to give them a different feel.

Honey nutritionally has many benefits. It is a natural source of carbohydrates, meaning that it provides the body with energy. As it is made from natural sugar, this energy is released quickly. This is particularly useful when you are playing sports or you are in need of a quick boost. It does however mean that you don’t want to eat too much honey as this is a little like binging on sugar.

In addition to being delicious, honey can also be used on a daily basis as part of a natural skin routine. Honey is naturally a moisturising product, and can be incorporated into natural skincare routines for dry skin. Honey contains an enzyme called glucose oxidase. This key enzyme is a natural antiseptic which, among other things, can help to reduce the skin’s aging process. Honey therefore has the benefit of reducing and helping to prevent wrinkles and other signs of aging.

Honey is also a natural antioxidant, a key word in many diets and health plans as it prevents free radicals from attacking your body’s cells. If left alone, free radicals can not only attack your cells, damaging them and causing them to age, but also are known to cause cancerous tumours to develop. The antioxidants found in honey help to protect your body from free radicals and ensure that your body both looks and feels healthy. Some people even use honey as a substitute for wax in hair removal.

Honey has historically been used to prevent infection and to reduce inflammation. Roman soldiers, for example, used honey to protect and sooth their wounds. Honey, being sticky, helps to form a protective shell around an injury or wound particularly in the throat, meaning that the wound is less likely to become infected.

Honey also has the benefit of treating digestive problems. Diarrhoea, for example, can be soothed by eating honey. This also means that honey makes an excellent cure for hangovers. Everybody has their own remedies for hangovers, but honey and banana sandwiches is a recipe that should be tried to help to sooth the pain and discomfort of a hangover. The soothing benefits of honey also extend to calming the body down. Honey and camomile, when mixed and drunk together, can help to relax the body and send it to sleep, a potential cure for insomnia.

It seems strange to think that the jar of honey you buy at the supermarket can have so many uses, not only nutritionally but medically and cosmetically. Honey is one of the best natural remedies to have in your cupboard and it is worth exploring the many benefits it offers.