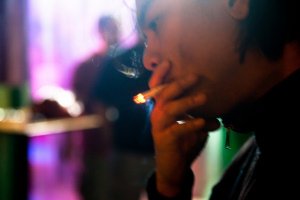 The part of the question that is debatable – and is still being hotly debated – is just how bad secondhand smoke is. Researchers (such as Roger A. Jenkins, Ph.D., a senior consultant to the Oak Ridge National Laboratory’s Chemical Sciences division) who don’t smoke themselves, who have no ties to the tobacco industry, and who have credentials as impeccable as the scientists at the EPA and in the Surgeon General’s office have pointed out that while SHS does contain a huge number of known carcinogens and other harmful compounds, the smoke from a cozy fire in your home fireplace contains only a third less of the same compounds. Yet there is no public outcry and rush among lawmakers to ban fireplaces. They also point out that many of the health dangers ascribed to SHS have not been definitively proved, only suggested, and remind us that – given the number of harmful chemicals we breath in or ingest from other sources every day – labeling SHS as being as bad as it’s been characterized as being may be a “rush to judgment.”

What is secondhand smoke?

To start off, the term secondhand smoke is itself misleading. The more precise term is Environmental Tobacco Smoke (ETS), which is composed of two different types of smoke. The first is called sidestream smoke, and comes from the lighted end of a cigarette. The second is called mainstream smoke, and consists of smoke inhaled by the smoker and then exhaled into the environment. What we commonly call secondhand smoke is actually composed of 70-90% sidestream smoke, and 10-30% mainstream smoke. In other words – and counter-intuitively – most of the potentially dangerous smoke we inhale in the presence of a smoker is coming from the lit end of his cigarette, not from the clouds of smoke he blows in our direction.

Why is secondhand smoke or ETS a problem?

When non-smokers are exposed to environmental tobacco smoke (often called passive smoking), they breathe in the nicotine and other chemicals in the air just like the smokers do. Therefore it makes sense that the more ETS you are exposed to, the higher the levels of these chemicals will be in your body. If these chemicals cause disease in smokers, they may cause similar diseases in “passive smokers.”

ETS has been linked (in non-smokers) to increased rates of cancer, asthma and other respiratory diseases, sudden infant death syndrome (SIDS), risks to pregnant women, and even lower sperm counts. The result of this research and concern over it among the public and in governmental agencies is that smoking is definitely “on its way out.” Smoking has been banned in workplaces, public buildings, restaurants, and bars, and this trend is likely to continue.

Recent research indicates that this trend is a positive one. In studies at the University Of Kansas and at the University Of California, researchers found that hospital admissions for heart attacks went down by 15% a year after anti-smoking ordinances were passed in the test communities. After three years, they had gone down by 36%. Since 1999, anti-smoking laws have proliferated so quickly that 70 percent of the American workforce now works in buildings with a smoke-free policy. As a result, workplace productivity has been proven to increase and absenteeism has been proven to decrease.

So in a sense the question in the title of this article really doesn’t matter. The perception in the minds of the public and in the minds of lawmakers that secondhand smoke is bad is so firmly established that there is no going back. Except on TV, in episodes of “Mad Men,” within a few years we are never likely to see people being able to light up a cigarette in a public place again. And, although this trend may, in fact, have resulted from a bit of “rush to judgment” that is not completely justified by science, the end result – reducing the amount of environmental tobacco smoke we are exposed to – is quite good.