Many people don’t give any thought to influenza, commonly called the flu, but they should. True influenza is a highly contagious, viral illness that can cause epidemics, severe disease, and even death. Once you have had it, you will remember, and will probably want the vaccine before the next influenza season.

Influenza is believed to have been infecting people for 2500 years, since the ancient civilizations of Greece, Rome and Egypt. Epidemics of flu in Europe were documented during medieval times.

The most famous outbreak of influenza called the Spanish flu occurred in 1918-1919, following World War I. As many as 50 million people died, some 2.5 to 5 percent of the world’s population at the time. 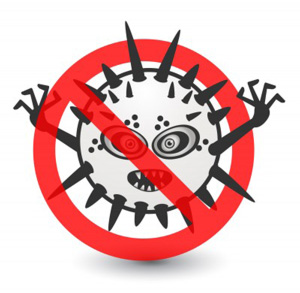 In part, people died then because there were no antibiotics yet to treat complications of influenza like pneumonia. It is also believed that there was something especially deadly about the strain of influenza that caused the pandemic.

An epidemic, according to The American Heritage® Medical Dictionary 2007 is, “An outbreak or unusually high occurrence of a disease or illness in a population or area.”

A pandemic is an “Epidemic over a wide geographic area.”

An epidemic is a more localized event; a pandemic affects more people.

The Spanish influenza was a pandemic. There have been other pandemics of influenza since then.

There are two types of influenza that affect humans, influenza A and B.

Influenza A and B are different from each other because of different substances on their surfaces. One substance is called a hemagglutinin, which is designated as H. The other is called neuraminidase, designated N.

Influenza viruses are categorized by the type of H and N on their surfaces, as well as where they originated geographically.

All of influenza B is related to one of two original types. Influenza A has different H and N antigens. Both the Spanish flu and the swine flu were H1N1 influenza A viruses.

Influenza virus changes slightly, or mutates, every year. The changes are usually small enough that the vaccine, which is based on the viruses circulating the previous year, offers enough protection.

From time to time there is a large change in the virus. This is when pandemics happen. It is believed that in many cases, the influenza virus in pandemics is not a change in a human virus but a change in an influenza virus that infects animals. Something happens which allows the animal virus to jump to humans. This is what happened with the bird flu and the swine flu, and probably also happened with the Spanish flu.

Older people may remember that there was a pandemic in 1968 called the “Hong Kong flu” because the virus was first found there. This virus caused a fairly mild illness.

More worrisome was the avian or bird flu from China. This virus jumped from poultry to humans in China during the late 1990’s. It caused very serious illness in humans, and was more deadly than most influenza. An avian flu pandemic was feared and even predicted by some infectious disease specialists, but it did not happen. Although human cases continued, and the virus spread to other areas, a pandemic did not happen because of limited or no human-to-human spread.

When there is a jump from animals to humans, or a very large change in an influenza virus, most people will not have any left-over immunity from previous infections. This lack of immunity is why the possibility alarms scientists and doctors.

Influenza vaccines are based on the strains that circulated the previous year. That is because it usually takes too long, 6 to 12 months, to make the enough of the vaccine to use the strains that are just starting to make people sick.

An exception was the swine flu pandemic in 2009-2010. Because the virus was very different from the strains that had been circulating, the regular flu vaccine was not as protective as usual. Vaccine manufacturing was pushed into overdrive to make enough of vaccine against the swine flu, which was influenza an H1N1 A virus.

While the flu virus is around all the time, it is most active during fall and winter. The vaccine does not protect people for an entire 12 months, but for about six months. It is now recommended that most people get vaccinated as soon as the vaccine is available in their area. It takes two weeks to stimulate the body’s immune system.

Having the flu does give a person some immunity to related strains in the next few years. Previous vaccination does the same. However, it is not strong enough to completely prevent a person from coming down with the new strain of influenza.

Normally the flu is spread from person to person via direct contact, spray in the air due to sneezing and coughing, and possibly from the virus left on surfaces. Occasionally, influenza from animals spreads via direct contact to humans. In most cases, the animal flu cannot be transmitted from one person to another.

Everyone from six months of age and up is recommended by the Centers for Disease Control (CDC) to get a flu vaccine every year. You should get vaccinated as soon as the vaccine is available where you live. This is usually in October, but can be earlier.

Because influenza is a potentially deadly disease, it is best to try and prevent it by vaccinating everyone. In the past, specific groups at risk for complications were encouraged to get the vaccine first. These are also the people who need vaccination early on if there is not enough made to vaccinate each person.

People who are more at risk for severe disease from influenza include (but are not limited to):

Healthcare workers should also be vaccinated as soon as possible so that they do not spread influenza. Since infants under six months of age cannot be vaccinated, caretakers of those infants should be, as should anyone taking care of a person with a chronic or severe illness.

You should not get the vaccine if:

The flu shot is made from inactivated (killed) virus. You cannot catch the flu from the vaccine. You can have a sore, red, or itchy area at the site of the vaccine (the muscle in the upper arm), and you can have a slight fever with aching. An allergic reaction is possible.

In addition to the regular flu vaccine there is a high dose vaccine for individuals 65 years of age and up. It has the same inactivated viruses as the regular flu shot. But since older people do not make as much antibody, meaning they don’t have as great an increase in immunity after a regular flu shot as younger people, this vaccine is used so it will give a greater boost to their immune system.

There is also now a vaccine that is given under the skin instead of into the muscle of the upper arm. This vaccine, called an “intradermal” injection, takes less active ingredients. It is a smaller amount of fluid and can be given with a smaller needle.

The last type of influenza prevention is via a nasal flu vaccine. This is made from a live virus treated to not cause illness. It can only be given to healthy people ages 2 to 49 years old. It does not require an injection, and it is sometimes available even when there is a shortage of the available injectable vaccine, so it is a reasonable choice for a lot of healthy people. It cannot be given to anyone with a chronic illness or anyone caring for someone an extremely abnormal immune system. There may be slightly more side effects from the nasal vaccine.

You can get a flu vaccine in your doctor’s office as well as other places in your community such as pharmacies. If you are not sure which vaccine you should get, you should ask your doctor.

The World Health Organization (WHO) and the CDC have selected the viruses (three) for this year’s vaccine, which is being made, and will be available in August or September.