Chances are when you read the title of this article you paused and said to yourself, “Now wait a minute… isn’t that backwards? We smile when we are happy, as a result of being happy, not vice-versa.”

Interestingly enough, science doesn’t agree. Research in recent years has taught us a great deal about smiles, and how important they are. Did you know that your smile can predict how long you live, or the length and happiness of your marriage? Did you know that one smile produces the same level of “feel good” endorphins in the brain as 2000 bars of chocolate?

The hidden power of smiling 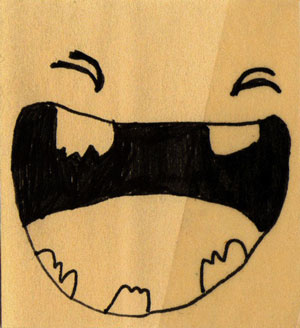 These facts and more are revealed by Ron Gutman in one of the most fascinating and potentially life changing of the TED talks (http://www.youtube.com/watch?v=U9cGdRNMdQQ). In that talk, Ron presents an entirely different view of the simple smile, one that changes it from a “reflection” of being happy and healthy to a technique for becoming happy and healthy.

Ron’s research into the science of smiling began with discovering a 30-year study performed at UC Berkeley that examined photos in old yearbooks, and then tracked the well-being and success of the people in the photos, and compared it to their smiles in the photos. Fascinatingly, they found that they could accurately predict – just from how wide and natural their smiles were – how these people would fare later in life. Those with the widest smiles became more successful, scored better on standardized tests of general happiness and well-being, and their marriages lasted longer.

A similar study from Wayne State University found that they could predict the lifespan of individuals from their smiles. These researchers used an interesting database to gather the data for their study – baseball cards. Each card had a photo of the Major League baseball player in question, and because statistics on these players were readily available, they were able to correlate their smiles to how long they lived. Their study was the first to link the power of smiling to a biological outcome: longevity.

What happens in the brain when you smile?

The “clincher” in Ron’s thesis is based on more recent research, in which the brain activity of subjects was measured using MRI scanning techniques. What they found was that a smile is a very powerful thing physiologically. The simple act of smiling produced heightened activity in the left amygdala and brain stem regions, and stimulated the production of endorphins, our brain’s natural “feel good” chemicals.

In one UK study, researchers found that one smile produced more “mood-boosting” brain stimulation than another well-known and well-documented mood enhancer – chocolate. Much more – one smile produces the same feelings of happiness and well-being as eating 2000 bars of chocolate, or as being told that they had just won 16,000 Pounds Sterling in cash. In US terms, that’s a “win” of $25,000 per smile.

The benefits of smiles are contagious

Smiling has been proven to have documented therapeutic effects, and has been linked to lowered blood pressure, reduced levels of negative (stress) hormones such as adrenaline and cortisol, and increased levels of positive (“feel good”) hormones – endorphins. And just think… not only can you experience these benefits for yourself by simply smiling more, you can share the benefits with others by getting them to smile back.

When I first saw Ron’s TED talk, the implications of it staggered me. What, I thought, if the paradigm we have been taught all our lives – that we smile when we are happy – was backwards? What if it’s the other way around – we smile, and that makes us happy?

So I started an experiment, which I called “mindful smiling.” During the day, as I walked around town or did other normal things, I started to pay attention to whether I was smiling or not. When I noticed that I wasn’t, I smiled.

The results of my decidedly non-scientific experiment were fascinating. Just as the research indicates, I found that smiling made me feel happier. Also as the research indicates, my increased happiness caused increased happiness in other people; they saw my smile, and smiled back. If, as the UK study found, one smile positively stimulates the brain and produces more endorphins than eating 2000 bars of chocolate, I did these people who smiled back at me a favor, and helped them to feel happier, too. And the smiles didn’t make either of us fat. Win-win.