Have you ever “overdone” it with work or exercise, so much so that you feel too tired to do anything? All you feel like doing is collapsing in a chair or taking a nap. And when you try to sleep, you are so tired that often you can’t even do that.

Now try to imagine that as your daily reality. That is chronic fatigue syndrome (CFS), also known as myalgic encephalomyelitis (ME). An estimated 17 million people worldwide suffer from this disease, the symptoms of which include severe and chronic tiredness, muscle and joint pain, impaired memory and concentration, and sleep disorders. The tiredness does not go away after rest, and in some cases can become so severe that the individuals become bed-bound. 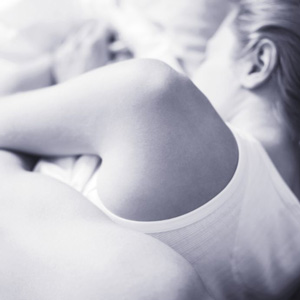 It’s not just feeling a little tired from time to time. It’s feeling so tired that you cannot work, or lead a normal life. To give you an idea of how devastating CFS can be, consider the case of one of its more noted victims, pianist Keith Jarrett. A former Juilliard prodigy who abandoned classical music for jazz and became world-famous, especially for his solo improvisational concerts, Jarrett was affected by his chronic fatigue syndrome so strongly that he could no longer perform. Think about this – how much physical effort is involved in sitting at a piano for two hours giving a concert? Keith lost ten years of his musical career to CFS. He was unable to perform or record for more than five minutes at a time during this entire period.

The burden of a disease burdened even further by controversy

When CFS first appeared, many doctors and health care specialists refused to admit that it even existed. It was termed the “Yuppie Flu,” and widely dismissed as imaginary, a psychological disorder, or laziness. It wasn’t really until 2002 that CFS was recognized as a genuine illness that imposes a substantial burden on individuals and on the health care infrastructure.

The causes of chronic fatigue syndrome or ME are still unknown. There was for a time research that seemed to indicate that it occurred as the result of a virus, but the scientists later had to withdraw their claims because of “contaminated data” when the same labs that found a suspect virus in CFS patients were unable to do so in follow-up studies. Other researchers have theorized that the syndrome may be the result of an immune system that is over-reactive, and winds up attacking the body instead of healing it. In preliminary studies, an anti-cancer drug that suppresses the immune system provided relief from symptoms to some CFS patients. However, it didn’t work for all subjects in the study, and one of its authors cautioned that they are only “scratching at the surface, I would not characterize this as a major breakthrough.”

Some think that CFS may be a “combination of diseases,” in the same way that kidney failure is. There are many causes for kidney failure, but the symptoms of all of them look the same.

Is there treatment for chronic fatigue syndrome?

At present there is no universal cure for CFS; it is treated by helping its sufferers manage the symptoms. But some people do recover, as the aforementioned Keith Jarrett has. Recovery is most common in children; up to 94% of them get better. But the prognosis for adults is in many cases still poor.

Treatments that have proven effective in some cases include CBT (cognitive behavioral therapy – techniques that help to change the ways that people think about and cope with their symptoms), GET (graded exercise therapy – slowly and gradually increasing the amount of exercise that a person can handle without becoming more tired the next day), and adaptive pacing (pre-planning one’s activities to avoid those that cause fatigue).

Clinical studies have compared these treatment methodologies and found that while all are effective for some CFS patients, none are effective for all of them. In a recent study published in the journal PLoS ONE, researchers found that a combination of CBT and graded exercise were the most effective. These findings have been welcomed by many, but challenged by others, who point out that in each study a sizable percentage of patients are not helped by the CBT/GET approach, but are helped by adaptive pacing therapy. In a survey conducted by the CFS support group Action for ME, they found that a third of the patients reported that graded exercise therapy actually made their symptoms worse.

Because stress-release and relaxation techniques often seem to help, other treatments that have been effective in relieving the symptoms of CFS include biofeedback, meditation, massage therapy, yoga, hypnosis, and breathing exercises. But the jury is still out, and no particular therapy or treatment can so far be regarded as a cure, or even consistently effective. Even those most hopeful for the CBT/GET approach caution that they are still treating the secondary symptoms of chronic fatigue syndrome, without being able to address the real cause or causes.