In airports throughout much of the world, full-body scanners have become the norm, especially in the United States where X-ray scanners are virtually de rigueur unless one wishes to be subjected to a potentially humiliating pat down. The questionable effectiveness of these scanners has been hotly debated, with numerous well-publicized cases of individuals smuggling weapons and liquids undetected through security. To date, however, there has been no reported case of a weapon or bomb being passed through the scanners that was then used in an attack. 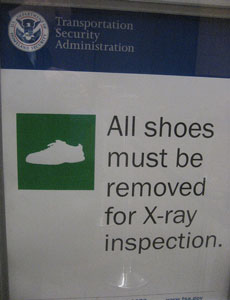 One of the more pressing concerns about the scanners, however, is the potential health risks these machines pose for those subjected to them or for those operating them. Do these scanners, in particular the X-ray scanners, pose a risk to travelers?

A study by the Center for Radiological Research at the Columbia University Medical Center found that a billion scans by X-ray backscatter scanners would induce approximately 100 cancers. This means, statistically, that an individual has a negligible chance of being negatively affected by passing through a properly operating scanner. As long as there is no malfunction that causes the backscatter’s high-intensity radiation beam to stop in place for a few seconds, the scanner imparts a relatively insignificant dose of radiation.

So why should there be any concern about their use? The answer lies in the balancing of risks for the overall population and not just individuals. In 2010, there were approximately 732 million airline passengers in the US and more than 777 million in Europe, and these numbers are expected to double over the next two decades. If all of these passengers are subjected to the X-ray backscatter machines, there would be 150 potentially fatal cases of cancer per year. The number of people who have died from terrorist-related airline attacks, not including those who died on the ground in 9/11, was 469 worldwide for the entire decade of the 2000s, an average of 47 deaths a year. Why exclude the ground deaths on 9/11? Mainly because those attacks were unique in targeting buildings with large commercial jets. Current cockpit procedures and military responses to hijacked aircraft would no longer permit such a scenario. Therefore, regardless of the level of security at check-in, a hijacked aircraft can no longer expect to cause mass casualties to ground targets.

When balancing the potential risk of 47 deaths a year (worldwide) to that of 150 potentially fatal cases of cancer a year (in just the US and Europe), it seems unreasonable to opt for a security system that increases the risk of death for the general population, even if the risk of death for an individual is negligible.

The Transportation Security Administration has issued numerous statements assuring the public that the machines are safe for all people, including children, infants and pregnant women. However, the TSA has so far denied requests for radiation dosimeter badges for TSA workers who operate the devices and has conducted radiation safety surveys on only 2 percent of the 3,778 service calls for mechanical problems with the backscatter X-ray scanners between May 2010 and May 2011.

Although researchers at the Applied Physics Laboratory of John Hopkins University and the Food and Drug Administration have evaluated these scanners, the TSA restricts access their access to the machines currently in use and have heavily edited the researchers’ reports, often removing the author’s names from the reports.

Another significant issue is the lack of any controlled long-term studies on the effects of this type of radiation on the human body. All of the assurances provided by the TSA on the safety of these devices are based on assumptions and comparisons with similar doses of radiation and not from proper scientific studies on their use. One of the issues with comparing backscatter radiation scanners to regular X-rays is that backscatter scanners concentrate the dose throughout an organ that is not usually the specific target of X-rays: the skin.

Based on these and other issues, the European Union has banned the use of body scanners using radiation, and a number of countries where terrorism is far more prevalent (e.g., Israel) have decided not use full-body scanners at all. On a statistical basis, the number of deaths potentially saved by the machines is outweighed by the potential number of cancer cases. It may be just a matter of time before air travelers return to a less intrusive and potentially less damaging security system.