If you’ve noticed that when you ask your kids to do something in the two or three days after they attend a big rock concert they don’t seem to hear you, they may not be just being adolescents and pretending not to hear you. They may actually not be able to hear you.

Similarly, if you’ve ever gone to one of these concerts with them and found yourself thinking, “This music is just too darned loud,” it may not be an indication that you’re getting old and beginning to sound like your own parents back in the day. The music really could be too loud. Especially if you or your kids find yourselves left with a persistent ringing in the ears (tinnitus) or a slight loss of hearing in the days following the concert. What you or they may be experiencing is noise-induced hearing loss (NIHL), which can happen after even a single exposure to really loud sounds, such as the volumes at modern rock concerts.

What causes NIHL, and how dangerous is it? 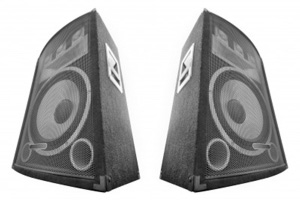 Noise-induced hearing loss happens when powerful sound waves impact the tiny hair cells in our inner ears that pick up auditory signals and help to convey them to our brains, where they are interpreted as sounds. In most cases, if NIHL happens as a result of a single exposure to loud noise, the impaired hearing that follows the exposure is temporary, and goes away after a night’s rest, or after a couple of days. Repeated exposure to that level of noise, however, may lead to permanent damage being done to the ear, damage that creates a case of tinnitus that never goes away, or that causes permanent hearing loss. This is what happened to Pete Townshend of the rock group The Who, and to many other musicians exposed to their own music for years.

Two factors determine how much damage is done by exposure to loud sounds or loud music – how loud the sounds really are, and how long you are exposed to them. Loudness is usually measured using the decibel scale, which like the Richter scale used to measure the strength of earthquakes is kind of non-intuitive, because the scales are logarithmic. This means that with each increase of 10 on the scale, the amplitude (or in this case the loudness) does not go up by a small factor, it doubles. Thus if the sound of normal speech is rated at 65 decibels, the sound of a normal washing machine at 75 decibels is twice as loud. The sound of noisy city traffic at 85 decibels is four times as loud. Now think about that rock concert, the average decibel rating for which is 115 decibels – ten times louder than the sound of normal speech.

The other factor that controls how much damage is done to hearing by loud noises is what is called the permissible exposure time – how long you are exposed to the noise. For example, hearing loss can occur from being exposed to 85-decibel noise for only eight hours. The permissible exposure time to sounds rated at 115 decibels before hearing loss can occur is less than a minute.

Now consider that the loudest rock concerts have been measured at over 140 decibels. If you are concerned about your kids’ hearing, or your own, you are correct to worry. Estimates say that by the year 2050 as many as 50 million Americans will have suffered hearing loss as a result of exposure to loud music.

While your first impulse as a parent upon learning this may be to say, “OK, that’s it, kids – no more rock concerts for you,” there is a simpler solution. Many concert promoters – and in fact many bands, who are as concerned about their fans’ hearing as they are their own – have begun promoting the idea that “earplugs are sexy.” Some concert venues sell sound-baffling earplugs for less than a dollar to encourage their use, and some bands have even teamed up with the concert promoters to offer them for free.

Encourage your kids to get their own earplugs, or buy them a pair yourself, and insist that they wear them at concerts that they go to. If you go along to find out for yourself what kinds of music they’re listening to, wear a pair yourself. The earplugs may not, in fact, be all that sexy, but if they save your hearing or that of your kids, they’re worth it.