No one doubts that obesity is a major public health threat. Current estimates by the Centers for Disease Control and Prevention are that 30% of the American public is obese. But the very definition of “obese” is based on an estimation method invented 200 years ago, the Body Mass Index, or BMI. This assessment compares one’s weight with one’s height to arrive at a figure theoretically representing the percentage of body fat. The current standards say that men are officially obese if they have a BMI of 25, and women are obese if they have a BMI of 30. 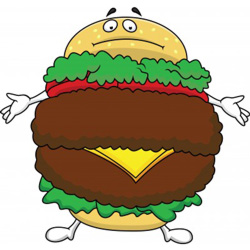 But in April, Nirav Shah, M.D. and Eric Braverman, M.D., researchers at Weill-Cornell Medical College, put the BMI measurement to the test, using more exact forms of measurement. They used a more definitive measure determined by X-ray scans, called body fat percentage. What they found was that BMI accurately predicted actual obesity levels in only three out of five cases. BMI was particularly inaccurate when estimating body fat percentages in women.

So why not just use the X-ray method instead of BMI?

The problem with using the more accurate X-ray body fat percentage measurements on a wide scale is cost. The DXA machines used to perform these measurements are expensive, and beyond the budgets of many hospitals, much less doctors’ offices or clinics. BMI, on the other hand, is essentially free. You derive your Body Mass Index by multiplying your body weight by 703, and then dividing that number by your height in inches.

But it’s inaccurate. In Shah and Braverman’s test, BMI incorrectly predicted the actual percentages of body fat in half of the women, and 25% of the men. So, to help make BMI more meaningful, they added in their experiments a second measurement, which looks at blood levels of a hormone called leptin, which suppresses hunger. A strong association has been found in the past between high levels of leptin and similarly high levels of stored body fat. By combining the leptin levels with BMI, they found that they could more accurately reproduce the results of the X-ray measurements.

What do these more accurate measurements say about how many of us are obese?

Shah and Braverman suggest that given their more accurate tests for accumulated body fat, the percentage of people considered obese in the United States should be closer to 64%, not 30%. They also recommend that the cutoff point for being considered obese as measured by BMI should be lowered 24 for women, and 28 for men. That, plus the blood tests for leptin, would give doctors a better chance of diagnosing obesity early, and thus helping their patients to deal with it earlier. Diagnosing obesity is not as easy as looking at a person and asking, “Do they look fat?” Especially in women, because they might look great in a dress but their body fat levels may be extremely high, putting them at increased risk of obesity-related diseases such as diabetes, hypertension, heart disease, stroke, and cancer.

So although this new research suggests that more of us may be obese, it does give doctors a more accurate means of diagnosing obesity itself, and thus helping people to overcome it.