Stroke kills more people worldwide every year than any other disease or condition except heart disease. According to the World Health Organization, it accounts for 10.8% of all deaths. And on many levels, dying from a stroke is sometimes a better deal than surviving one. Over 70% of stroke victims cannot perform the work they did before the stroke, and 33% need professional help just to live. Stroke costs the American economy a staggering 74 billion dollars a year.

Having a stroke can be devastating, both for the victim and for family members. My mother suffered a massive stroke, and was one of the unlucky survivors. Sitting by her bedside was probably more trying for me, my brother, and my father than it was for her, because her stroke left her in the worst possible condition, “The lights are on, but nobody’s home.” She could not speak, and she seemed to recognize us or the things we said to her only on rare occasions.

Why is stroke so devastating to the mind and body? 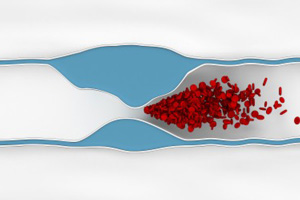 According to Dr. Randie M. Black-Schaffer of the stroke program at Spaulding Rehabilitation Hospital, stroke is not like a bomb dropped in an empty field, and thus easily fixed. It’s more like a bomb dropped on a major city, taking out its homes, its factories, and its very infrastructure. This is not as easily recovered from. There are so many components to the brain-body connection, each of them critical in their own way, that full recovery may take years, or may never occur at all. That said, there have been recent advances in the field of stroke research, discoveries that offer new hope, both in the area of treatment and recovery, and of prevention.

Light at the end of the tunnel – hopeful research on strokes

Research recently published in the journal Neuron offers new insight into exactly how strokes work, how the brain can be deprived of oxygen enough to suffer a stroke, and what happens to the brain when this occurs. This is heartening because the more we understand about how and why strokes happen, the more able we may be to prevent or treat them. At the same time, there have been tremendous advances in isolating the risk factors for stroke. They include high cholesterol levels, smoking, and untreated high blood pressure. This has enabled doctors to “pre-diagnose” a high risk of stroke in many patients, and take steps to prevent one occurring.

In the area of treatment, the development of “clot-busting” drugs (such as Tissue Plasminogen Activator) has also inspired hope. If treated quickly, patients can be treated with these drugs to reduce the impact of strokes. The clot-busting drugs may also extend the “treatment window” for strokes from the first minutes or hours after a stroke to days or weeks afterwards. Although its potential still has to be tested, studies have indicated that cooling the brain to 35 degrees Fahrenheit can prevent the deterioration of brain tissue in patients who have suffered cardiac arrest. The same treatment may someday be useful when treating stroke victims.

Other studies have pointed to an odd “self-defense” mechanism in the brain that may someday be put to use in stroke treatment. When the brain has suffered a severe trauma, such as being deprived of oxygen during a stroke, it becomes almost super-resilient to new traumas during the following two to three days. If scientists can find a way to trigger this brain resilience, they could possibly trigger it to prevent strokes in those at risk of having one.

Even the antidepressant drug Prozac may have use in the treatment of stroke. In a French study published in the journal Lancet Neurology, patients given Prozac showed much more improvement on a scale used to measure stroke recovery than a control group given a placebo. In other treatment advances, much more is being learned about how the brain “rewires” itself. The cells that are killed during a severe stroke are dead; they’re just not coming back. But brain plasticity, and its ability to form new neural pathways that avoid the dead cells is having positive effects on patients who have suffered debilitating strokes.

Dr. Black-Schaffer points to these signs of hope, but admits that there is still no “magic bullet” to either prevent or treat stroke. At the same time, both she and her co-researchers have seen remarkable changes in the prognosis for stroke victims. Because the doctors understand more now about how strokes occur and how patients’ brains sometimes successfully rewire themselves to recover from them, they have raised their expectations for recovery. New techniques are being utilized to stimulate stroke victims’ brains to help them regain much of their former functionality. And this is a tremendous improvement over the bleak prospects doctors were able to extend to stroke victims and their families only a few years ago.