Are our memories of music stored and/or accessed differently in the brain than other memories? That is what is suggested by several research studies and by the creative efforts of a graduate of the University of Brighton School of Design in England.

The research – musical memory persists after other memories have gone

The heartbreak of Alzheimer’s dementia is that many of the sufferer’s memories are no longer available to them. They start to lose the ability to remember the names of people they love, or of common objects. And yet, in ways that are not completely understood, some memories persist, including in many cases memories associated with music. 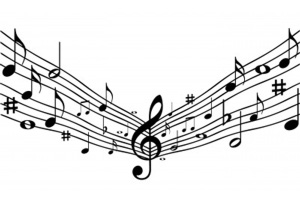 In a study published in the Journal of Gerontological Nursing, eighteen elderly adults with severe levels of dementia and cognitive impairment – such that they could barely understand instructions given to them by their caregivers and often lashed out at them in anger – were played familiar pieces of music during their bath time. Significant decreases were seen in aggressive behavior, and in many cases patients who had lost many other language-related skills were able to not only recognize familiar songs, but sing along.

In another study, a patient suffering from Alzheimer’s dementia so severe that her memory, language, and cognition “mental status score” was only 8 out of 30 seemed to have had her memories of music spared. She was played a series of familiar musical melodies, unfamiliar melodies, and melodies that had been distorted. She responded to the familiar melodies by singing along, often remembering all of the words, and often continuing to sing after the music had been stopped. There was no response to the unfamiliar melodies, and only a quizzical response to the distorted melodies. In addition, merely speaking the words to familiar songs to her in a conversational tone of voice with no cues indicating rhythm or pitch often prompted her to sing the melody that accompanied the spoken lyrics.

In these studies, the researchers postulated that memories of music must be stored differently in the brain, and that hearing the music enhances other memories associated with it, possibly by relating the memory to motor skills or activities once performed while listening to that music.

Inspired by this research, 3D designer Chloe Meineck began to work with an Alzheimer’s dementia sufferer named Barbara, to see whether they could collaboratively come up with something that would help her to retrieve musical and other memories in the future, as her disease progressed and got worse. With Barbara’s help, Chloe gathered a set of memorable treasures or trinkets that Barbara associated with songs or melodies, and then fitted them with RFID (radio frequency identification) chips. She assembled them all into a delicately carved musical treasure box fitted with RFID receptors, so that when one of the trinkets is moved into the proper position, a song or melody begins to play.

For example, a tiny model clock reminds Barbara of a gift given to her mother; when moved to the proper position in the box, the melody “Country Gardens” begins to play, and Barbara’s face lights up, remembering having played this melody with her mother on the piano. Another object prompts memories of her husband Frank, and when moved into the proper position plays a song that she remembers him singing to her in broken French.

The Musical Memory Box, although obviously limited to use by Barbara because it was based on her memories, and the music she remembers, hints at the possibility of developing other similarly creative mechanisms to help Alzheimer’s sufferers access more of their own memories. Although many of their memories may now be lost and gone forever, others are still there, and music may be one of the keys to unlocking and retrieving them.

A similar approach, after all, is being tried at the Alzheimer’s Society in Berlin, using dance. There and across Germany they offer regular tea dances for people with Alzheimer’s. While many of their members can no longer remember the names of their spouses and children, they haven’t forgotten how to dance. When the music plays, the music triggers something in them, and they remember the steps, and perform them. It is hoped that these newly triggered and recalled memories will just be a start, helping them to remember many more.