Given a choice between placing your hand on a hot stove and doing a math problem without the benefit of an electronic calculator, which would you prefer? Well, if you’re anything like the subjects in a recent study, you might look forward to both experiences with a similar level of anxiety, and anticipate both experiences as equally painful.

We’ve all heard about – if we haven’t experienced it ourselves – the phenomenon many call “math anxiety.” That’s the “fear of math” or reluctance to do it that has been listed as a possible cause for the huge decline in the number of young people pursuing science majors in schools, and the equally huge disparity between men’s and women’s feelings about mathematics. Scientists (including many who managed to overcome their math anxiety) have long speculated about why this occurs. 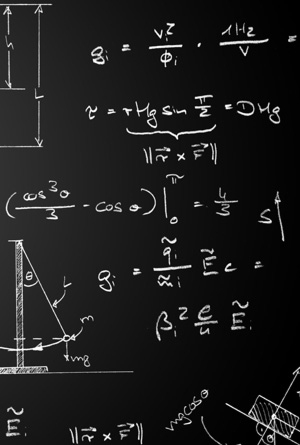 Now a study conducted at the University of Chicago casts new light on the answer – the brains of people with math anxiety perceive the prospect of doing math as pain.

Even anticipating doing math is painful

In their study, neuropsychologists Ian Lyons and Sian Beilock recruited 14 adults who were revealed in a series of tests to be free of general anxiety, but prone to high levels of mathematics-anxiety (HMA). They were curious as to whether the subjects’ anxiety about math occurred while actually solving math problems, or in anticipation of having to do math. So they used functional magnetic resonance imaging (fMRI) to look inside their brains as they performed a number of tasks, some of which included the solving of math problems.

What they found was that all it took was the act of mentally preparing to do a math problem for certain areas of their brains to become active or “light up.” And those areas in the posterior insula are associated with responding to threats, and with physical pain. Study author Sian Beilock says about her findings, “For someone who has math anxiety, the anticipation of doing math prompts a similar brain reaction as when they experience pain – say, burning one’s hand on a hot stove.”

The higher the subjects’ math anxiety (as revealed by the pre-experiment surveys), the more pain registered in their brain activity as they prepared to solve a math problem. Subjects with HMA registered the upcoming period of doing math as a visceral threat, one promising the same levels of potential pain as breaking up with a romantic partner. Interestingly enough, however, the increased brain activity that subjects with HMA perceived as pain did not appear while actually solving the math problem, only with the anticipation of it.

What can we learn from this experiment?

Other than the fact that many of us would on some levels prefer breaking up with our significant other to having to sit down and balance our checkbooks, that is. We knew that already.

The hopeful and forward-thinking ramifications of this study may assist future educators in their efforts to avoid the development of math anxiety in students. The finding that the pain that people with math anxiety feel is more related to the anticipation of doing math than it is the reality of doing math may help educators to develop curricula and training methods that can catch math anxiety in students early, before it’s had a chance to become established as a habit pattern that persists for a lifetime. If they can find ways to overcome this anticipation-of-math anxiety, they might be able to find ways to entice more students to explore mathematics’ more fascinating aspects, and thus sign up for those math classes they were avoiding, or even decide to pursue careers in science or business that require a solid foundation in math.

For the rest of us, the findings of this study may help us to realize that, like many of the things we resist or are averse to, it’s not the doing of math itself that is painful. It’s us anticipating doing the math that makes it painful. If we remember this, instead of putting off that checkbook balancing we might be more able to put on a Nike mindset and “Just do it,” and thus discover that doing the math isn’t nearly as bad as imagining the math.