Although stroke is the third leading cause of death in the United States, and although over 140,000 die from stroke each year, the charitable organization Stroke Association says that 74% of the population wouldn’t go to a hospital if they experienced the symptoms of a stroke, because they wouldn’t know what those symptoms were.

This is even more disturbing because stroke can be treated if caught in time. Many strokes are preceded by a “mini-stroke” called a transient ischemic attack. These “warning strokes” typically lasts less than five minutes, and do not cause permanent injury of the brain. But they do often serve as warnings that a more dangerous stroke is on the way. If that larger stroke is caused by a blood clot, doctors can use “clot buster” drugs to break it up and prevent further oxygen loss in the brain, but only if these drugs are administered within the first few crucial minutes after symptoms begin, and only at a hospital, because the drugs are only available there. Your local physician won’t have them. 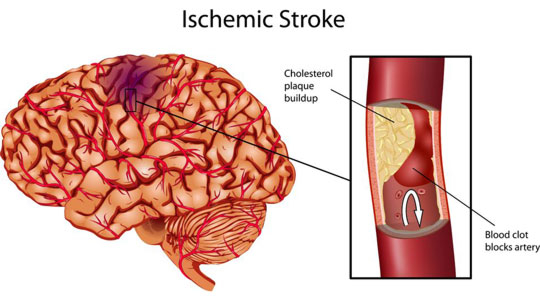 So this article is to serve as an education to those of us in the 74% (I didn’t know these symptoms either when I started researching this article) who don’t know how to recognize the signs of a stroke – either in ourselves or in someone we’re with.

• Sudden weakness. Experiencing a sudden and unexplained loss of strength (even if temporary) or a numbness in your face, arms, or legs.

• Difficulty speaking or understanding. Suddenly having trouble speaking, even temporarily, or finding yourself suddenly confused.

• Vision problems. Sudden changes in your vision, in one or both eyes – blurring, being unable to focus, etc.

• Headache. A severe headache that seems to appear suddenly, especially if you do not usually experience headaches and there is no apparent cause for it.

• Dizziness and loss of balance. Again, if either of these symptoms occur suddenly.

If you experience any of these symptoms – all marked by their sudden onset – you should call 911 or your local emergency number immediately. They may not be the signs of a stroke, but it’s safer to be sure.

These guidelines are also known as the FAST (Face-Arm-Speech-Time) test.

• Face. Has the person’s face fallen on one side? Are they able to smile when requested to do so? Do you notice a drooping of either the eye or the mouth? When asked, do they say that one area of their face is numb?

• Arms. Can the person raise both arms out in front of them or above their head and keep them there? When they try, does one arm tend to drift downward?

• Speech. Is the person’s speech slurred or hard to understand? Are they having difficulty forming words or saying them properly? If so, give the person a simple sentence to repeat and listen to hear if it is repeated properly.

• Time. It’s time to call 911 if you see one or more of these signs, even if the symptoms are temporary and seem to go away.