Here’s medical research news that is technically neurological, having to do with the effects of a common hormone on the brain, but because of the nature of that effect, might cause this article to be also classed under “Relationships.” The study, recently published in the Journal of Neuroscience, indicates that when men who are married or in committed relationships are given oxytocin, they literally “keep their distance” from other attractive women.

First, before female readers run to their medicine cabinets and start secret dosing their husbands’ coffee with their prescription painkillers hoping to keep them from straying, it’s important to understand that oxytocin is not the same as OxyContin. The latter is the brand name of a powerful and available-only-by-prescription narcotic painkiller made by Purdue Pharma. Oxytocin is a naturally-occurring hormone that acts as a neuromodulator in the brain. Its association with various aspects of sexual reproduction has long been known, but many studies have also deemed it the “love hormone” or the “trust hormone,” because it seems to evoke in the brain lowered anxiety levels and feelings of contentment, calmness, and security, especially when one is around one’s mate. It has an important role in inter-human bonding, and in romantic attachment.

So what happened to these men when they were given oxytocin? 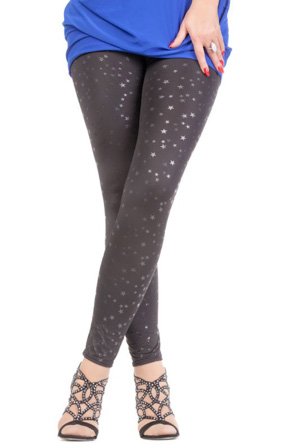 The Journal of Neuroscience study involved 86 healthy heterosexual men, some single and some either married or in committed relationships. Researchers gave half of them (the control group) a nasal spray that was inert, a placebo; the other half of the men were given a nasal spray containing oxytocin.

Then, about 45 minutes later, the researchers set up their experiment. They had an attractive woman enter the room in which one of the subjects was standing. In some cases the men were asked to walk towards the woman, and in others the women approached the men. But in either case the men had been instructed to report when their distance from the woman was an “ideal distance,” and when it became too close, or “slightly uncomfortable.”

The single men and those had received placebos tended to feel that their ideal distance from the attractive women was 20 to 24 inches. But the men who were in committed relationships and received the oxytocin nasal spray preferred to stay 28 to 30 inches away from the women. These distances were not affected by the women’s behavior, such as either looking directly at the men or averting their gaze.

So how can I get some oxytocin for my husband?

If that was your first reaction, you’re probably out of luck. Although oxytocin is available in medication forms, they are available only by prescription, and are usually reserved for things like suppressing premature labor during pregnancy. Besides, the hormone has a half-life of only about three minutes in the blood, and only seems to reach the brain in sufficient quantities to affect it if delivered via nasal spray. In addition, if overused, oxytocin has a number of potentially dangerous side effects. So it’s not as if on a practical level the findings from this study are going to end marital infidelity overnight. Spray bottles of Keep Me Faithful™ nasal spray are not going to start appearing on drugstore shelves.

But the research does give neuroscientists more insights into the curious mechanisms that affect and control love, sex, and romance. The idea that you have “good chemistry” or “bad chemistry” with someone of the opposite sex may be exactly that – chemistry. If you’re a man and your first impulse on meeting an attractive woman is to approach them, your brain may contain low levels of oxytocin. If you feel more like “keeping your distance,” your brain may contain higher levels of oxytocin. On the other hand, you may just really love your wife, and really not be tempted. Being a hopeful romantic, I’m going to vote for the last possibility.