It’s easy to dismiss chronic tiredness as not being a serious problem. When we are tired we tend assume it’s because we’ve been working harder or not sleeping as well or that it generally has some kind of ‘explanation’. Sometimes even we can find that our tiredness comes on so gradually that we forget there was ever a time when we weren’t so tired, and assume that it’s normal.

In reality though constant lethargy is not something that should be ignored and can have a number of fairly serious causes that it’s vital to check out. At the same time, even if your tiredness does not have some other sinister cause, in itself it can still be enough to prevent you from living and enjoying your life to its fullest so it’s important to suss it out. Here we will look at a few potential causes for your tiredness and how you can go about combating those. 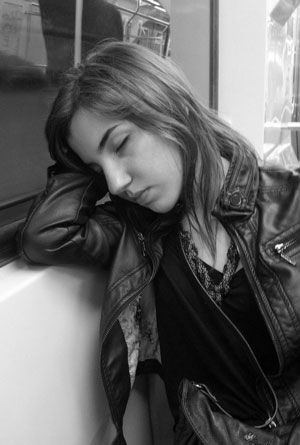 There are multiple conditions that cause tiredness as their main symptom and little else such as chronic fatigue syndrome and ME. These conditions can be debilitating but are not yet fully understood (though they have connections with IBS and chronic stress). However simply identifying that you have one of these conditions can be a great help for understanding and coping with your tiredness.

A food intolerance is slightly different from a food allergy and is caused when we struggle to digest certain foodstuffs – often lactose, gluten or wheat. While the symptoms of food allergy are normally those of an acute immune response, food intolerance tends to cause gradual lethargy and nausea which can often go undiagnosed (or misdiagnosed as ME). If you are struggling with on-going tiredness then, it may be worth attempting to limit your intake of bread and dairy products to see if this makes any change to your energy levels.

Tiredness and lack of enthusiasm are two of the most common symptoms associated with depression due to the chemical changes it can cause in the brain. Depression is something that can sneak up on us unnoticed itself, so if you find yourself having thoughts of hopelessness, or sobbing then you might want to consider seeing a therapist or addressing what might be causing the problem.

Diabetes is caused by either a lack of insulin in the body, or by the existing insulin being ineffective. This means that we end up with extra unused glucose in the blood that we can’t use causing tiredness as one of the main symptoms. If you are suffering from diabetes then other symptoms might include excessive urination, thirstiness, tingling in the extremities and blurry vision. Diabetes can be dangerous if left untreated so it’s important that you see a doctor who can help you to manage the condition with insulin injections and lifestyle alterations.

In diabetes a patient has too much glucose in their blood but is unable to use it; in hypoglycaemia the patient simply doesn’t have enough glucose in their blood which can also cause tiredness. Chronic hypoglycaemia can occur as a complication of treatment for diabetes (when the patient uses too much insulin or restricts their carbohydrate intake too much) and can also be caused by genetic factors.

Anaemia is caused by a lack of iron in the blood. This leads to low energy levels because it means that we are unable to transport oxygen as readily around the blood (iron is used to form the red blood cells which carry oxygen). This can lead to us feeling low on energy and even out of breath. If you are experiencing excess tiredness and notice you have a more pale skin tone than normal – particularly for women on their menstrual period – then this might suggest anaemia (though anaemia can also be caused by genetic factors). This can normally be treated relatively easily by using supplementation.

Medication can often cause tiredness and lethargy as a symptom and it’s important to consult with your doctor if this is becoming a problem so that they can change your prescription. For instance GABA which is prescribed to treat depression in some cases can also increase the production of melatonin meaning you feel ‘peaceful’ but very tired.

Sleep apnea is a condition in which a patient wakes multiple times throughout the night because they have stopped breathing. This then wakes the sufferer up temporarily, but often they will have no memory of waking the next day. This can occur for a number of reasons – in ‘central’ sleep apnea the problem is related to the patient’s brain and is not easily treatable, while in ‘obstructive’ sleep apnea it is the result of a blockage which can be caused by the shape of the patient’s skull, by sinus problems, or by obesity.

Sleep apnea is a common cause for chronic fatigue that patients are often not aware of, but any condition or scenario that prevents you from getting enough sleep can of course cause tiredness. If you are suffering with insomnia, or if your daily schedule doesn’t leave enough time for healthy sleep, or if your bed is uncomfortable/bedroom is not conducive to sound sleep, then it’s important to change this so that you can get more deep sleep and wake up feeling more energetic and refreshed in the morning.

If you have problems with blood circulation related to your heart, your arteries or your blood pressure/cholesterol then this can leave you feeling tired and easily out of breath as you are unable to deliver the glucose and oxygen where they are needed in the body.

A vast number of illnesses and disease can cause chronic tiredness and fatigue as a symptom, and it’s very important that you see a doctor if you symptoms persist so that you can rule these out. Even where tiredness is not directly caused by illness, you might still find yourself feeling generally tired and run down simply because your body is expending so much energy on fighting the invasion.