The world’s obsession with looking young – and continuing to look young long after one no longer is – has turned into quite a business. The global market for lotions, creams, and vitamin supplements that promise to slow or reverse the effects of aging is projected to reach 290 billion dollars a year by 2015. Obviously many millions of people spend many millions of dollars on these products, which tend to be sold based on personal testimony and anecdotal evidence, not to mention glamorous spokespersons from the world of modeling and TV and movies, many of whom probably owe their good looks more to genetics (or their plastic surgeons) than to the products they represent. 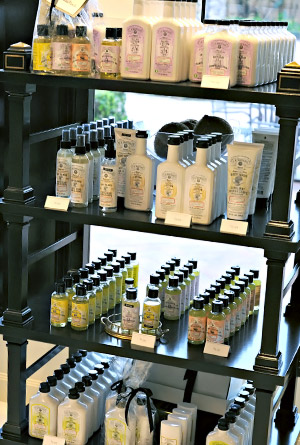 The fervor for these products is understandable, as is consumers’ desire to buy them. Pretty much everyone would like to remain young looking as long as they can. What is less clear is whether these products actually work. In 2010, Good Housekeeping magazine conducted an 18-month study of anti-aging skin care products, and wound up recommending their “winners” in each category, but reading through their published findings, I found that many of them seem to be based less on hard science than on how the subjects in the study felt about the products they felt “worked” for them. For example, a number of “wrinkle creams” were tested, and winners chosen, but the researchers admitted that even the best of them produced modest results, and that the study participants’ preference for one of the other was based more on how they made their skin feel than how well they actually removed wrinkles and smoothed out their skin.

Is there scientific evidence to prove these anti-aging products effective?

Reading this report got me wondering about whether there is scientific evidence to back up many of the claims made for these anti-aging products, and whether the “miracle ingredients” they contain have actually been proven to be…uh…miraculous. Here’s a roundup of what I was able to discover about a handful of these ingredients:

• Retinol – This is a common ingredient found in many skin creams and facial moisturizers. It’s a natural form of vitamin A, and actually does seem to work, in that it increases the elasticity and thickness of the skin, thereby reducing the appearance of wrinkles. There is a more potent and effective form of retinol called tretinoin (sometimes marketed under the name of Retin-A), but it is only available by prescription, has more side effects, and should not be used by pregnant women. So at least the first of these anti-aging products seems to have some scientific research backing it.

• Antioxidants – Antioxidants are usually found more in the form of food supplements than in cosmetic products, but they can be found in creams and lotions as well. The theory is that these natural compounds help to fight cell damage that comes from a buildup of free radicals, which cause premature degeneration of cells and possibly leave them more open to inflammation. There are a number of scientific studies that seem to back up the use of ingested antioxidant supplements as effective, but few that seem to indicate that they have any value when applied topically, as an additive to creams and lotions. So if you’re a believer in the value of antioxidants, it’s probably best to stick with the tried-and-true supplements containing vitamins C and E, beta-carotene, selenium, and lycopene, and not count on them adding a lot of value to your night cream.

• Reservatrol – This is a plant compound found in red wine, and there is some evidence that in that form (drinking red wine in moderation) it has some possible anti-aging benefits. As a supplement, not so much. Reservatrol given to mice in one study indeed showed that it slowed down age-related cell degeneration, but critics pointed out that for a human to get similar dosages of reservatrol from drinking red wine, they’d have to drink several bottles of wine a day, which might…uh…defeat the purpose. Also, a study published in Cell Metabolism indicated that the 29 women taking reservatrol supplements didn’t gain any metabolic or anti-aging results from them. So more research needs to be done on this one before we can count it as having “proven effectiveness.” For now, stick with a glass of red wine with supper.

• Peptides – These are natural proteins that help to stimulate new cell growth and help older cells to heal, and thus are potentially valuable as anti-aging agents because as we age our skin cells become thinner, produce less elastin and collagen, and lose fat. This is what creates wrinkles. The theory is that peptides can slow or reverse this process by stimulating collagen and elastin production. Researchers have found that while peptides in skin products may indeed help to make the skin feel smoother and keep it moisturized, there is no definitive data that they work to reduce wrinkles.

• Alpha-hydroxy acids – These ingredients, often found in skin cleansers, also seem to work. Lactic acid, for example, acts as a natural exfoliant, helping to remove dead skin cells, which has a brightening effect on the skin and helps to enable layers of new skin cells to come to the surface. Glycolic acid can in fact reduce wrinkles, giving the skin a smoother and firmer appearance, but also increases the skin’s sensitivity to the sun, so is often combined with a sunscreen.