As we all know, anabolic-androgenic steroids are used to gain lean muscle mass; in the process either getting big (as in bodybuilding) or improving sporting performance (as in track and field). While casual and limited use of these AAS appears to be harmless, those who indulge in regular and chronic use tend to get addicted; they exhibit dependence on these substances with adverse functional, physiological, and psychological effects. Stoppage of administration of AAS is also associated with severe withdrawal symptoms in such individuals.

What Are Anabolic-Androgenic Steroids? 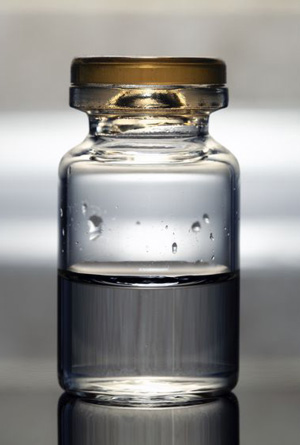 Anabolic-Androgenic Steroids (AAS) are a group of (natural, semi-synthetic and synthetic,) hormones that are similar in structure to (or derived from) the male hormone, testosterone (Pope & Brower, 2009).

In bodybuilding and athletic circles, AAS are used to enhance muscle mass. The theory is that AAS in combination with weight training and appropriate diet will make you bigger, stronger and faster than you can ever be by just being a ‘natural’ athlete (Kouri, Pope, Jr., Katz, & Oliva, 1995). This has lead to athletes self prescribing and overdosing on AAS and subsequently their abuse. Apparently, this has been going on for decades (Wade, 1972).

Although these substances are banned by the World Anti-Doping Association (WADA), you may still argue about the ‘risk-benefit’ ratio for use of AAS in athletes – there being a semblance of justification where there is much to gain from the slightest of advantage over your opponent – especially at the highest level. However, in individuals who are not going to participate in any sporting events there is no justification whatsoever for use of AAS. Yet, in such individuals wanting to look leaner and muscular, the use of AAS has gone through the roof (Pope & Brower, 2009; Hildebrandt, Schlundt, Langenbucher, & Chung, 2006; Buckley et al., 1988; Kanayama, Pope, Jr., & Hudson, 2001; Parkinson & Evans, 2006).

Role of Muscle Dysmorphia in Use of AAS

Muscle dysmorphia is a disorder in which the individual has a distorted image of his own body. Often referred to as ‘revere anorexia nervosa’, it is characterized by a fear that one is not muscular enough. This leads to an effort to do ‘anything possible’ to get big! Individuals with such thinking are more likely to abuse AAS over a longer period of time.

Furthermore, the misperception in the media that being bigger and more muscular is healthier or fitter may have played a big role in increasing the use of AAS, especially among the younger population.

According to a study conducted in 2009, the ‘lifetime prevalence of AAS use is at least 3%’ meaning tens of millions of young men have used it at some point in their lives (Kanayama, Brower, Wood, Hudson, & Pope, Jr., 2009). Women are less likely to abuse these substances since being ‘more muscular’ isn’t something that very many women would identify with; the severe effects – deepening of voice, ‘male pattern of distribution of hair’ and others are not too appealing to women either.

There is, now, ever increasing scientific evidence that dependence to AAS is on the rise (Kanayama et al., 2009). AAS dependent individual tend to inject larger doses that those who use AAS casually (Brower, Blow, Young, & Hill, 1991). Also, they are more likely to try different AAS agents simultaneously (Gridley & Hanrahan, 1994) and for longer ‘cycles’ (Copeland, Peters, & Dillon, 2000).

To conclude, AAS dependence seems to be a valid medical disorder. The prevalence and incidence of regular AAS abuse and dependence has reached such alarming proportions that it warrants more research into the causes of AAS dependence (why only certain individual progress from casual use to dependence), as well as designing and implementation of methods to prevent it.