I should state at the outset that the research I’m reporting on was done on mice. Thus, it is preliminary, and no one who is concerned about Alzheimer’s should rush to the pharmacy to stock up on a drug called ustekinumab (marketed as Stelara), even though you would find it there. The authors of the study specifically caution against this, and against making too much of their findings until they are replicated on human subjects.

That said, their research, published in the journal Nature Medicine, does offer a glimmer of hope in the often-discouraging fight against Alzheimer’s disease and dementia. The study found that a drug already approved in the US by the Federal Drug Administration and used to fight plaque psoriasis in humans halted the progression of amyloid plaques in the brain that are associated with Alzheimer’s. In older mice with Alzheimer’s, the drug actually caused an improvement in cognitive functions, and a reversal of the condition. 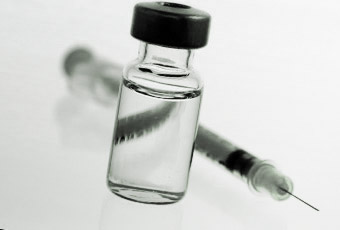 Both Alzheimer’s and psoriasis are inflammatory disorders with a strong component of autoimmune deficiency. The researchers, working in Switzerland and Germany, hoped that the same drug that suppresses the brain’s immune reaction to the beta-amyloid protein that causes plaque to build up and cause psoriasis might have a similar effect on the plaque buildup in the brain that is associated with Alzheimer’s. This was suggested by earlier research on humans that associated an accumulation of beta-amyloid in the brains of patients with established Alzheimer’s disease with an immune reaction that caused the release of two proteins – interleukin-12 and interleukin-23. These proteins, collectively called IL-12/23, send out a molecule called p40 that increases inflammation and spurs the formation of the plaques that cause the decline in memory and cognitive abilities we know as Alzheimer’s.

Working with young mice (28 days old) that had been bred to have Alzheimer’s disease, the researchers injected them with an antibody against p40 (the psoriasis drug ustekinumab), and then examined their brains. They found that these mice at the age of 120 days had 63% less beta-amyloid deposits. This reduction of plaque was also found at 250 days, indicating that the amyloid formation (brain degeneration associated with Alzheimer’s) had not just been postponed. Even more interesting, when working with older mice that had already developed Alzheimer’s, the researchers found a 31% reduction of beta-amyloid deposits. The older mice’s short-term memory also improved significantly, enabling them to perform better on maze tests.

How were these results interpreted?

The first conclusion that the researchers made was that their findings indicate that the immune system definitely plays an important role in Alzheimer’s disease and how it progresses. They also concluded that the p40 antibodies (the psoriasis drug) seemed to be excellent candidates for testing in human trials, because the drug has already been approved for human use by the FDA, and thus a number of the required safety tests for a new drug have already been passed.

Naturally, because this is preliminary research based on animal testing and not on humans, the study authors warn against becoming too hopeful. Not all studies and interventions performed on mice translate to benefits for humans, and there is still the issue of determining the appropriate dose or form of administration of the drug should be for humans. Still, it is one of the only studies so far to show results in not only halting the progression of Alzheimer’s, but to actually reverse it, so some hopefulness is warranted.