We all know – although we forget from time to time – that our emotions can affect our ability to make rational decisions. I had a friend who got involved in a whirlwind love affair with a woman, ran away with her to Las Vegas and got married, and wound up divorced within a week. When I ran into him sometime later, I asked whether he had any explanation for his impulsive decision. What he said stuck in my mind: “Well, I met her just after spending some time in Nashville. I think I had overdosed on country music – all that sadness affected my judgment.” 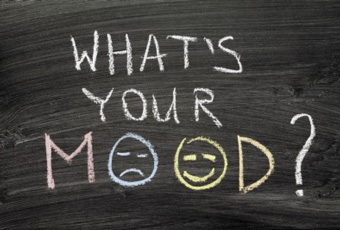 Chances are we’ve all been there (although hopefully not to that extent), and have by now learned not to make important romantic decisions while feeling sad, because our judgment might be as impaired as my friend’s was. But new research indicates that feeling sad might affect our financial decisions, too.

The Financial Costs of Sadness

That’s the title of a new study conducted by Harvard Kennedy School Professor Jennifer Lerner and her colleagues, and published in the journal Psychological Science. They were researching a phenomenon they called “myopic misery.” Their hypothesis was that feelings of sadness increase a person’s impatience and cause a myopic focus on instant gratification rather than long-term reward.

During one of the experiments, they asked their subjects to watch videos chosen to make them feel emotions. One video was about a dirty toilet, and was designed to provoke disgust, while another video, about the death of a boy’s mentor, was designed to provoke sadness. A third video about the Great Barrier Reef was supposed to provoke neutral feelings. Then they asked the subjects to make financial decisions that affected them personally – whether to accept a financial sum at the end of the session as a reward for participating in the study, or to wait three months and get a much larger reward in the mail.

Subjects who watched the sad video typically picked the smaller but immediate reward, ignoring the larger reward that would have involved waiting for it. At the end of the experiments, totaling the rewards either earned or promised, the subjects who had watched the sad video earned significantly less money than those who watched either the disgusting or the neutral video.

As the study authors reported, “Across three experiments, the median sad participant valued future rewards (i.e., those delayed by 3 months) 13% to 34% less than did the median neutral-state participant. These differences emerged even though real money was at stake and even though discount rates in the neutral condition were already high.” They displayed what the researchers called “present bias,” in which decision makers seek immediate gratification rather than wait for later gratification, even if that later reward would be greater.

Explaining the impact of their findings, the authors said, “These experiments, combining methods from psychology and economics, revealed that the sadder person is not necessarily the wiser person when it comes to financial choices.” They said that the research has important implications in many social areas, including credit card regulations and estate planning: “Public-policy design and implementation need to be based on consideration of the full range of psychological processes through which decisions are made. Fully understanding these processes may also help address the economic problems associated with Americans’ increasing reliance on credit cards.”

For those of us who don’t make public policy, I suspect the “take away” of this study is not to make important financial decisions when we’re sad. Those decisions might just come back and bite us in the wallet. Personally, remembering the story of my friend and his hasty decision, I’m hoping that the owners of Las Vegas and Atlantic City casinos haven’t seen this study. They might start playing country music non-stop on the casino sound systems, to induce “myopic misery” in the gamblers, and thus increase their profits.