Skip to Content
By continuing to use this site, you agree to the use of cookies. Find out more
Home Miscellaneous Mean People Know How to Hide Their Dark Traits Using Adornment

We all know the story – we meet someone and feel that the person is physically attractive and we form a positive first impression of them and include them in our circle of friends or acquaintances. But very quickly we find out that we’ve made a mistake, and that the person we thought we had an accurate impression of as generally “nice” or sociable isn’t like that at all. Instead they’re mean, self-centered, and conniving. What’s up with this? How could we have been so wrong in our first impressions?

Well, as it turns out, we were conned. The personality we formed a positive first impression of wasn’t the person’s real personality at all; they were just playing a role. And now that we look at them more closely, they’re not even as physically attractive as they first seemed to be; in fact, they’re pretty ordinary. So how did they make us think that they were something they weren’t? 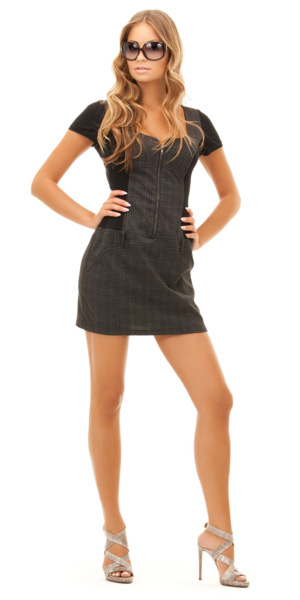 The answer seems to be that egotistical people with dark personality traits seem to be skilled at what psychologists call adorned attractiveness. And researchers at Washington University in St. Louis have conducted a number of experiments to show how effectively people with these dark traits are able to adorn themselves, and thus present a false image of themselves.

The “Dark Triad” of personality traits

The researchers, led by Nicholas Hoffmann, were curious about the difference between adorned attractiveness (people who “clean up well” and use clothing, hairstyles, and makeup to appear more attractive than they really are) and unadorned attractiveness (people who are just naturally attractive, no matter what they are wearing). In particular, the researchers were interested in whether people with personality traits that psychologists classify as the “Dark Triad” – sub-clinical narcissism, sub-clinical psychopathy, and Machiavellianism (guile) – are better at adorning themselves to hide those traits than those who are more psychologically balanced. More balanced people display more of the qualities that psychologists call the Big Five – agreeableness (kindness and friendliness), extraversion (enthusiasm and sociability), intellect (curiosity and creativity), conscientiousness (work ethic and organization), and emotional stability (tranquility and calmness).

So they worked with a group of 111 undergraduate students with an average age of a little over 19 years old. 64% of the sample group were women, and 36% were men. To pinpoint the qualities of “physical attractiveness” they were studying, the researchers took full-body photographs of all subjects, as they were dressed when they entered the lab. But then they took additional photographs to capture the same subjects in the “most neutral and yet natural state possible.” Everyone was dressed in similar gray sweatpants and T-shirts, the men shaved their beards and the women stripped off all makeup, and they removed all accessories such as jewelry or eyeglasses. Those with long hair (or, in the women’s cases, extravagant hairdos) pulled their hair back into a ponytail so that it wasn’t a factor in the second set of photos. Then when the photos were taken, all of the subjects were instructed to look directly into the camera with a neutral facial expression – no coquettish smiles or practiced “supermodel” looks. The subjects were rated on their attractiveness in this unadorned state, then set loose to adorn themselves again to their hearts’ content, and rated again.

Next, the researchers mathematically correlated the data, compared it to the first (adorned), second (unadorned), and third (readorned) photos, and determined that those who scored highly on the Dark Triad traits were significantly better at adorning themselves than those with lower, more normal scores on those traits. They literally knew how to “make themselves look better.” The personality trait that scored the highest in terms of being able to adorn oneself and thus hide its true nature was, interestingly enough, psychopathy – psychopaths seem to know instinctively how to hide what they are.

Why would this happen? What’s “in it” for the people with Dark Triad traits?

The researchers theorized that manipulative, narcissistic, mean people get an emotional “payoff” by convincing people that they’re more attractive than they really are, and thus getting them to focus their attention on them. They also suggested that individuals with these dark traits are often not very successful with long-term relationships (after all, it only takes so long before your partner figures out who you really are), so they learn to enhance their physical attractiveness by creating a “veneer” that leads to briefer romantic liaisons, or “one-night stands.”

As the study authors suggest, “When people high in Dark Triad traits dress-up, they may experience greater increments in self-esteem or derive more satisfaction from the additional attention they receive, compelling them to continue dressing well.” They also play upon the proven psychological response that most people consider physically attractive people more likable.

So the next time you’re at a party or gathering and someone sweeps through the door dressed to the hilt and so well-coifed and well-made up as to make every person in the room turn and focus on them…be wary. The person you’re all swooning over may just be a psychopath.