Turns out that the best way to stay cozy during the winter is, indeed, “chestnuts roasting on an open fire,” as long as they’re “old chestnuts,” the kinds of memories that make us feel nostalgic. In a study published in the journal Emotion, researchers Xinyue Zhou and Tim Wildschut found that nostalgic feelings not only make us feel emotionally “warm and fuzzy,” they make us feel physically warm.

The researchers, working from such diverse locations as Tilburg University in the Netherlands, the University of Southampton in England, and Sun Yat-Sen University in China, were studying the emotion nostalgia, which they define as “a sentimental longing for a personally experienced and valued past.” From past research, they knew that nostalgia is to some extent a social emotion: “It refers to significant others in the context of momentous life events, and it fosters a sense of social connectedness, interpersonal competence, and attachment security.” The previous research also indicated feelings of nostalgia promote charitable intentions and behavior.

We all know that nostalgia makes us feel emotionally better, but warmer? 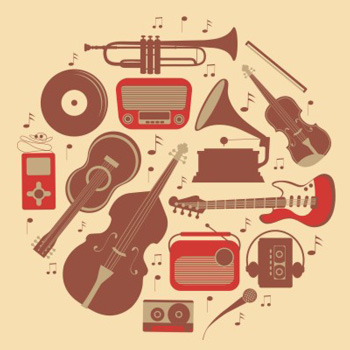 The more recent research was studying the physical effects of nostalgia, especially on subjects’ perception of temperature, and how comfortable the environment was. In the first experiment, the researchers asked their subjects to keep a journal in which they rated their feelings of nostalgia each day; when analyzed, there was a strong association between increased nostalgia and the coldest days. In a second experiment, subjects were placed in either a cold room (68ºF / 20ºC), a comfortable Room (75ºF / 24ºC), or a hot room (82ºF / 28ºC), and asked to rate their feelings of nostalgia while in those rooms. The subjects felt more nostalgic in the cold rooms.

In subsequent experiments, subjects in a cold room were asked to recall either a nostalgic moment or a neutral, ordinary moment while in a cold room. Those recalling the nostalgic moment rated the room as feeling significantly warmer than those recalling ordinary moments. And in a fourth experiment the subjects were asked to recall either nostalgic or ordinary moments while holding their hands in tub of ice-cold water. Those thinking nostalgic thoughts were able to hold their hands in the icy water longer, thus displaying a greater tolerance for the cold.

Commenting on his research, Wildschut said, “Our study has shown that nostalgia serves a homeostatic function, allowing the mental simulation of previously enjoyed states, including states of bodily comfort; in this case making us feel warmer or increasing our tolerance of cold. More research is now needed to see if nostalgia can combat other forms of physical discomfort, besides low temperature.”

In a fifth experiment, the researchers were able to invoke feelings of nostalgia by asking the subjects to listen to some of their favorite older music, something from their past that they felt a strong emotional connection to, for example songs that evoked memories of childhood. They again found similar results – those listening to music that evoked nostalgia felt increased physical warmth. As Wildschut explained the phenomenon, “There is a lot of research which indicates that the physical state of the body doesn’t always correspond with how the body feels to us. That means we may feel warm subjectively, even though we are physically cold.”

Past research has indicated that nostalgia reverie can have psychological effects, such as effectively combating loneliness, but this research is interesting because it indicates that nostalgia can have effects on our physical comfort as well. So this winter, while you’re stocking up on firewood to take the chill out of the air, you might consider investing in a few old Beatles albums as well.