Many years ago, back when I was in high school, like everyone in my class I wound up taking a bunch of intelligence tests. I did well enough on them that my teachers began to berate me for being somewhat of a slacker, and “not living up to my potential.” They were right, of course, because from my point of view I was just passing time in high school, hoping just to survive it and get into college, where I intuitively knew the real fun was to be found.

But somehow a teacher and some fellow students got hold of the results of my tests, and they began to badger me to become part of a group they called Mensa. It seems that my “IQ” was high enough to qualify me to be part of their club, and they wanted me to join it. Reluctantly, I attended one Mensa meeting, which turned out to be a bunch of people sitting around playing one-upmanship games in an attempt to prove that they were smarter than the other Mensa members. Not my idea of fun. I walked out of my first and only Mensa meeting halfway through it and never went back. I distinctly remember looking back at the ego-fest still going on in the room as I walked out of it and thinking, “If this is what having a ‘high IQ’ turns you into, I don’t want any part of it.” I wrote off the entire concept of IQ as meaningless and never thought about it again. 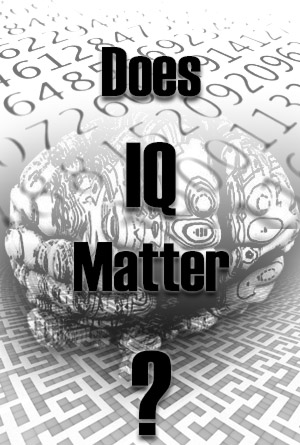 Many years later, it seems that science agrees. The results of a recent study led by researchers at the University of Western Ontario and published in the journal Neuron have indicated that the whole concept of IQ – that intelligence can be quantified and measured in a single number – is a myth.

The largest online study of intelligence ever conducted

The study started out small, led by Dr. Adrian Owen, Canada Excellence Research Chair at the university’s Brain and Mind Institute. He and his associates wanted to examine the validity of IQ testing, which is still used to measure intelligence by many educators, including those in the province of Ontario. But when the researchers advertised the tests they were using in New Scientist magazine and on the website Discovery.com, the response completely exceeded their expectations. They wound up testing over 100,000 participants all over the world, using a combination of 12 cognitive tests. A smaller subset of the participants were also tested using functional magnetic resonance imaging (fMRI) scans of their brains. The overwhelming response resulted in this research becoming the largest online study ever conducted on intelligence, with data that crossed national, regional, demographic, age, and gender lines.

Sifting through the mountains of data from the over 100,000 test results, together with the data from the fMRI scans, the researchers finally had to admit that, “There is no such thing as a single measure of IQ or a measure of general intelligence. When we looked at the data, the bottom line is the whole concept of IQ – or of you having a higher IQ than me – is a myth.”

The results of the fMRI scans performed in the study were also revealing: “If there is something in the brain that is IQ, we should be able to find it by scanning. But it turns out there is no one area in the brain that accounts for people’s so-called IQ. In fact, there are three completely different networks that respond — verbal abilities, reasoning abilities and short-term memory abilities — that are in quite different parts of the brain.”

The researchers did discover some interesting things about intelligence and the factors that affect it from their test data and their fMRI scans, however. For example, they found that while aging may have a degenerative effect on short-term memory and reasoning abilities, it does not affect verbal abilities. In terms of what improves the three factors tested for, they found that smoking has a negative effect on short-term memory and verbal abilities, but has no impact on reasoning skills. Playing video games, however, significantly improved reasoning and short-term memory. The researchers also concluded that products advertised as being able to improve intelligence and brain function don’t work: “People who ‘brain-train’ are no better at any of these three aspects of intelligence than people who don’t.”

So there you have it. I was right back in high school – IQ scores don’t mean a thing. Not that that makes me smart or anything…I was just ahead of my time.