Add one more item to the list of things shown to contribute to childhood obesity, such as school lunchrooms serving “pink slime” and binging on junk food and long periods of inactivity caused by video game, mobile phone, and computer use. Now there is a study that shows that children who have a TV in their bedrooms are at increased risk of becoming obese.

In the study, previewed this week in the online edition of the American Journal of Preventive Medicine, researchers used magnetic resonance imaging (MRI) body scans to measure the percentage of body fat carried by 369 children and adolescents between the ages of 5 and 18. The body scans are considered a more accurate measure of obesity than the previously used body mass index, or BMI. The children studied were also evaluated for factors such as resting blood pressure, waist circumference, cholesterol levels, fasting triglyceride levels, fat mass, and amount of stomach fat. 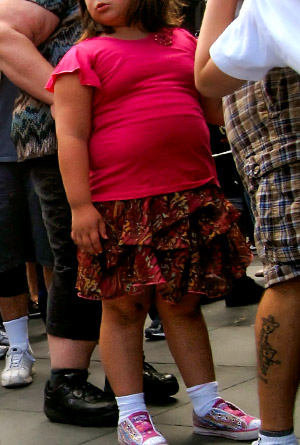 The findings revealed that – no surprise – children with a TV in their bedrooms watched more TV. What was more of a surprise was that the kids with bedroom TVs also had more fat and tissue mass. They were, in fact, more than 2.5 times more likely to have the highest levels of fat mass, and thus be classified as obese. A TV in the bedroom also made the children three times as likely to have larger waist circumferences, triglyceride levels, and elevated cardiometabolic risk.

Why this study is cause for concern

In ten words, 70% of American children have a TV in their room. American kids already watch a great deal of television, an average of 4.5 hours per day, and having a TV in their rooms would encourage them to watch even more. Bedroom TVs have also been shown to contribute to sleep deprivation (which is itself a known risk factor for obesity) and to disruptions in family schedules such as missing family meals and avoiding exercise.

Some 66% of the children in the study had a television in their bedrooms. Their TV-watching habits were as follows: 35% watched TV 0-2 hours a day, 31% watched TV 3-4 hours a day, and 33% watched TV more than 5 hours a day. Many previous studies have shown that TV-watching habits picked up as a child tend to continue into adulthood, so it is likely that if they are watching this much television as kids, they will continue to do so as adults, thus perpetuating the bad habits of inactivity and being reluctant to exercise.

Although the researchers may have been reluctant to state it in so many words, the obvious conclusion to be drawn from their findings is “If you want your child to become obese, and thus put his or her health at risk, by all means put a TV in their rooms.” It is probably not out of the question to associate the growing use of computers, tablets, mobile phones, and video games with increased risk of obesity as well. Experts suggest that the first step parents should take is to ensure that children don’t have a TV (or a computer) in their own room. This strategy both encourages kids to get out of their rooms, and helps parents keep tabs on their children’s viewing and surfing habits. TV viewing is also better enjoyed and as a family activity. The next step is to limit “screen time” to 2 hours per day or less. Children can decide what they want to do with that time (within reason); for example if they want to play 2 hours of computer games, then no time is left for TV watching.

Sigh. It’s already tough enough to be a parent, having to say “No” to things that our kids want, and expect, but sometimes saying “No” is the best thing we can do for them. Who knew that someday one of the things we might have to say “No” to was the question, “Mom and Dad, can I have a TV in my bedroom like all the other kids?”