One of the trends we are seeing in American health care is that hospitals are releasing patients more quickly, leading to shorter overall stays in in-patient situations. This policy has arisen for many reasons, many of them financial (such as health insurers being unwilling to pay for longer hospitalizations), and some have been concerned that the “shorter stay” policy might be detrimental to the health of those being released more quickly.

A recent study published in the journal Annals of Internal Medicine seems to put some of those concerns to rest. The researchers analyzed over 4 million patient records from the U.S. Department of Veterans Affairs (VA) hospitals, focusing on five of the most common causes for hospital admission, and excluding any admissions for psychiatric conditions or surgery. 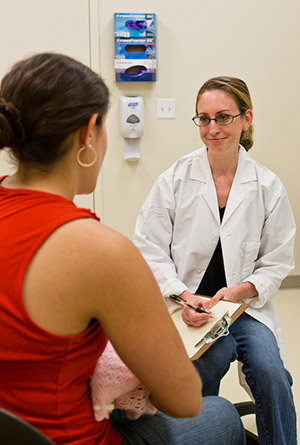 Their findings revealed that during the study period (1997 through 2010), the typical hospital stay at these hospitals decreased by 27%, from an average of 5.5 days per patient to an average of 4 days. During that same period, the number of readmissions (a patient having to return to the hospital for additional treatment within 30 days of their initial discharge) decreased by 16%. In effect, the policy of “shorter hospital stays” eliminated 3 out of every 100 readmissions.

Double-checking the data to make sure that the lower readmission figures were not affected by larger numbers of patients dying after having been initially released, the researchers found that the opposite was the case, and that the risk of mortality after a hospital stay had also been decreased by 3% per year.

Although the VA system hospitals are not representative of the entire U.S. health care system, because of the degree to which the VA controls all aspects of a patient’s care, this is still welcome news, because independent and for-profit hospitals have also been implementing the same “shorter stays” policies. As study author Dr. Peter Kaboli, if the Iowa City VA Health Care System puts it, “To see all three of these factors [shorter stays, fewer readmissions, and fewer post-release deaths] improve over a 14-year period is incredibly reassuring that our health care system is becoming more efficient and safer.”

This said, a lower rate of readmissions is not the only measure of the quality of hospital care. What is most important, of course, is how successful the hospitals are in treating patients while they are in the hospital itself. Several physicians have commented that one aspect of patients’ overall health care that may actually be improved by the “shorter stays” policies is a reduction in the number of HAIs or hospital-acquired infections. It is important to remember that while hospitals are very important for treating serious injuries and illnesses, they are not the best place to be for relatively healthy people. HAIs occur when people get new illnesses while in the hospital, simply from being around so many other people with such a wide variety of diseases. Remember all the colds children get while in school? And often, the microbes in hospitals are stronger than those in the general environment, because they are the germs that survived home treatment or first rounds of medication – thus, they are more virulent, which is why the people are in the hospital being treated with stronger medications. On the other hand, a policy of universally shorter hospital stays might cause some patients to be released before they are comfortable being on their own again.

Dr. Kaboli emphasized that patients should take the initiative in this regard, communicating their preferences to their doctors clearly: “Communication is key from the beginning of a hospital stay. It is for your benefit not to stay longer than you need to.” If you are hospitalized – whether in a private hospital or a government-run facility like one of the VA hospitals, you can and should make your preferences known, because that has an impact. If you are unsure about returning home, it may be possible to extend your stay, arrange for a home healthcare visit shortly after your discharge, or for you to return for a follow-up visit within a few days.

So, one of the policies of modern health care in America seems to be both good for the hospital and good for the patients, and is having more positive results than negative ones. That’s very good news indeed in this day and age.