Writing “health news” articles for a living, one cannot help but notice that sometimes there seems to be a “disease of the day,” meaning that a number of seemingly-unrelated studies and news releases show up at the same time, about the same disorder or condition.

The “disease of the day” one day last week was pancreatic cancer. One research study and one news announcement hit the cyber-newsstands at the same time, both promising hope in the fight against this deadly disease. And hope is needed, because pancreatic cancer is a nasty and aggressive form of the disease – it strikes an estimated 44,000 Americans per year, is the 4th leading cause of cancer-related death, and is one of the few forms of cancer for which survivability has not improved substantially over the last 40 years. 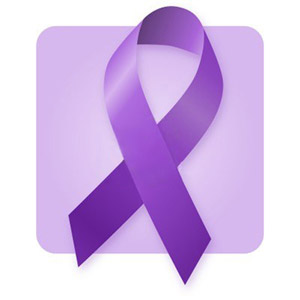 So the news that a Chinese herbal compound may help in the fight against pancreatic cancer and that a new invention may help to diagnose it earlier is good news indeed.

One study, two different ways of reporting it

The first health news report I stumbled upon about pancreatic cancer was interesting because of the radically different ways that the health writers chose to report it. The study was performed at the University of Minnesota’s Masonic Cancer Center and published in the journal Science Translational Medicine, and was definitely worth reporting, because the researchers found that a certain herbal compound eliminated pancreatic tumors in mice in just 40 days.

But how this news was reported was almost more interesting than the study itself. One mainstream news outlet reported it correctly, using the headline, Drug From Chinese ‘Thunder God Vine’ Slays Tumors In Mice, thus conveying even in their headline the important information that this was a study done on mice, not humans. In contrast, another health website used the headline, Chinese Plant Compound Wipes Out Cancer in 40 Days, Says New Research, creating a somewhat different – and erroneous – impression. The latter article then went on to talk more about how bad Big Pharma was because it wasn’t developing drugs based on herbs, since there was no money to be made in patenting them. While this may be true, it created something of a “herbs are good, drugs are bad” impression, and thus in my opinion distracted from the study, which was interesting in and of itself.

In the study, mice with pancreatic cancer were injected with a new formulation of an ancient Chinese herb known as lei gong teng, otherwise known as the “thunder god vine.” It has been used in Chinese herbal medicine for centuries to treat rheumatoid arthritis, and the researchers were interested in seeing what effect the new formulation – which made the compound water-soluble and thus injectable – would have on cancers in mice. The results exceeded their expectations, and essentially wiped out pancreatic cancer tumors in the mice. Being good researchers, they cautioned readers against treating this information as “Cure Found For Cancer” news, and were the first to admit that their preliminary research needs to be replicated in human studies.

The second article on pancreatic cancer was even more hopeful in a way, because it pointed out that not all advances in medical technology have to be invented by Big Pharma or by scientists working with a budget in the millions of dollars. Fifteen-year-old Jack Andraka was awarded the Intel International Science and Engineering Fair award (and a $75,000 prize) for doing what these big companies were unable to do.

Inspired to investigate pancreatic cancer because he lost an uncle to the disease, Jack created a paper sensor that he describes as having (and remember, this is a 15-year-old talking), “Single wall carbon nanotubes which are atom thick tubes of carbon mixed with antibodies to this one cancer biomarker called mesothelin. An antibody is basically a molecule that binds specifically to one other molecule.”

When Jack compared his test for pancreatic cancer to the current “gold standard” called ELISA (enzyme-linked immunosorbent assay), he found that his sensor was actually 168 times faster, over 26,000 times less expensive, and over 400 times more sensitive. He also found, when his sensor was tested in a blind study, that it produced 100% correct diagnoses, and could detect the presence of the cancer before it actually became invasive.

And the best part, in a way? Jack has patented the technology behind his invention so that large pharmaceutical companies cannot rip off the idea and increase prices for it so much that it stops being available inexpensively. Now this is a medical researcher and innovator to be admired! Not only for being able to invent something like this at his age, but for wanting to keep it affordable, so that it can save more lives.

Personally, I pray that both of these news items turn out to be as hopeful as they seem – Jack’s discovery as a way to detect pancreatic cancer earlier, and the Minnesota researchers’ herbal compound as a way to treat it.